RINO: A new species of voter

Closed Idaho GOP primaries bring to light not the elephants or donkeys of the state, but the RINOs

While he holds economic and social beliefs that may traditionally fall on the bluer end of the spectrum, he contends that at this phase in his life — 73 years old — he is an independent. 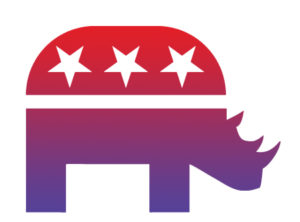 Some might say Heisel is a RINO (Republican In Name Only). Heisel would say he’s a realist.

“I don’t think my (political beliefs) have changed, but I guess I’m more of a realist as far as how to make my vote count,” he said.

And like many people who register Republican for the sake of voting in the Idaho GOP’s closed primaries, Heisel doesn’t advertise his status as a RINO — until now. He is one of an unknown number of registered Republicans in the state of Idaho who probably wouldn’t have registered red had the GOP not closed their primary in 2012. When he and several others were asked to be interviewed for this story, Heisel was the only one to come forward.

“There were some discussions among certain people who do what I do who didn’t want to ‘come out of the closet,’ so to speak,” he said. “To me, it’s a subtle attempt at voter suppression.”

While Heisel would love to vote for a strong Democratic candidate in a general election or primary for that matter, he said he finds his vote will matter more if he helps elect a moderate Republican in the primaries. This decision made even more sense, Heisel said, as he saw the Idaho GOP lean further and further right in the last few years.

“If you’ve got a state with a majority of people who would never vote for a Democrat, then you need some Republicans who are moderate who can get elected,” he said.

But is it the place of a non-Republican to choose those candidates? That’s the question that accompanies these closed primaries, and according to an Oct. 2017 statement from Idaho GOP Chair Jonathan Parker, the answer is certainly no.

“We believe that when the Idaho Republican Party is given the opportunity to nominate candidates chosen by Republicans, our nominees will be able to effectively lead our State into the future to make Idaho ‘the shining city on the hill,’” he wrote. “I welcome all individuals to affiliated with the Republican Party who share our common-held beliefs in limited government, personal responsibility, lower taxes, and additional freedoms; however, we just ask that Democrats and independents not expect to choose our candidates for us.”

Rep. Heather Scott, R-Blanchard, said in an email that she agrees wholeheartedly with Parker, saying that he “perfectly expressed the feelings of actual Republicans in Idaho.”

Scott has seen herself at the center of the RINO issue, particularly in October 2016 when she sent out a campaign email that encouraged her supporters to identify registered Republicans with non-GOP signs in their lawns.

“If you see Democrat signs go up in your neighborhood, please write down a house number and street name,” the email, published on idahodems.org, reads. “We are trying to figure out which ‘Republicans’ may really be Democrats in disguise on the voter logs.”

And voters like Heisel aren’t the only ones being called RINOs. Republican politicians are under the fire of the label, too. District 1 Sen. Shawn Keough, R-Sandpoint, knows all too well.

“I guess my perception is that people who don’t agree with my votes on one bill or another have chosen to use ‘RINO’ as a derogatory label because in their view I somehow am not following the letter of their interpretation of the State Republican Party Platform or their interpretation of our State and Federal Constitutions and laws,” she wrote in an email. “In all of my legislative work, I read the legislation, listen to the voters and residents in our district — regardless of party affiliation — use common sense and vote accordingly on the bill that is in front of me at the time.”

Keough, who will not run for reelection this year, said she only sees the label as a way to shame people away from participating in the political process, including voting.

“I believe the use of the RINO label, or any label really, is nothing more than childish name calling and does nothing to elevate or encourage civil solution-oriented discussions about the issues of the day,” she said.

While registering Republican without necessarily holding conservative views is certainly a moral issue for some, University of Idaho professor of politics and public administration Brian Ellison said what RINO voters are doing is not out of the ordinary.

“From an academic perspective, people should be free to join the party they choose,” he said. “It’s perfectly appropriate for a liberal to register as a Republican and hope to move the party toward the center.”

From an academic standpoint, Ellison said, the RINO label is essentially meaningless.

“It’s a concept that conservatives use to try to intimidate less conservative members of their party,” he said. “Anyone who calls out a ‘false’ Republican voter is playing a game that (is) significantly different from a concern for genuine governance or the health of the country, state, county or town.”

In the end, Heisel said, it comes down to the difficulty people are finding in having relationships with people who don’t agree with them.

“I have friends who don’t share the same views as I do, but to quote my father, ‘A man’s religion and politics are his own business.’ And that doesn’t mean that you’re walking around in your own little cloud,” Heisel said. “What that means is you have to get by in this world with the people that are here.”

But even with all the rationalization and realism Heisel uses to justify his Republican registration, he knows there will be people who think what he’s doing is wrong.