As Bill Clinton said in a 2014 speech, “We’re less racist. We’re less sexist. We’re less homophobic than we used to be. We only have one remaining bigotry—we don’t want to be around anybody who disagrees with us.”

Ain’t that the truth? We’ve become so polarized from one another that many of us won’t share our opinions for fear that we could jeopardize our relationships by just talking about politics, the environment or just about anything we believe in strongly. 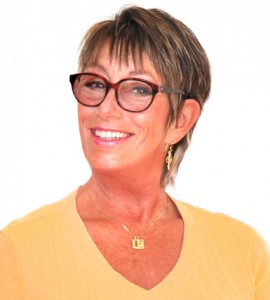 This is fracked up. Instead of discussing issues, we issue labels that alienate us. By focusing on divisive ideologies rather than the specifics of the concerns affecting us all, we rob ourselves of finding the smartest, most robust and effective solutions to our mounting shared challenges.

I see a world on the precipice of massive changes—a shift in consciousness from Me to We. In order to find ways to thrive in this new era, we’ve got to talk to one another! We need to share ideas freely without our identities getting in the way so that we can morph our relationships with ourselves, one another and the earth in ways that serve the greater good.

In the land in which corporations are people and wealth and power are concentrated in the hands of fewer and fewer players, we’ve been the object of some serious strategies to keep us divided.

Just six corporations run 90 percent of the media in the United States. Even though these companies were originally given the airways to serve the public good, these corporations have one agenda: profits. In America, people use the media as their primary source of information, and if that information is biased, c’est la vie!

Keeping us alienated is one helluva way to keep us mired in the status quo, and that’s just what old school corporate America wants. An awakened collective consensus of We the People poses an enormous threat to same ol’, same ol’ business as usual.

So what can each of us do to shift these tides? We can learn how to communicate with people who have ideas and beliefs that differ from our own. This story will give you a unique way to create common ground where it might have been dubious before.

I was hired as an independent consultant/trainer for a nigh-unto-impossible gig. The huge consulting firm of Booz, Allen, Hamilton brought me in to create a communications workshop to create a bridge for half a dozen very different groups involved in a chemical de-militarization program. There were Parks and Recreation employees; state and federal government workers; Army generals; consultants; and company representatives of several contractors involved in the program.

Surprise, surprise—these people had problems communicating with one another, and I had four hours to get them all on the same page!

These different groups had virtually nothing in common beyond this government program. I was sweating grenades when the generals refused to do any of the exercises I’d designed. They glared at me, hands folded, sitting stiffly upright in their seats in their starched uniforms and spit polished shoes.

Finally, I hit on something from my arsenal of NeuroLinguistic Programming tools that worked. The key to getting agreement with folks who have little to agree on is to zoom out the lens of the interaction far enough that all parties agree on a common goal.

We had a ways to go and settled on “Saving the World” as the collective agenda. After that, we created communications strategies for their shared projects. When the dialog got heated, I just reminded them that we were all there to “Save the World,” and they got back on track.

In this season of divisive politics, I’ve started conversations I would have avoided in the past. I’ll ask someone of another persuasion why they support their candidate, and keep asking questions until I can raise our interaction to a place where we get to a shared intention, just like I did at that workshop. I’ve also done my best to stop labeling people and to focus on what we have in common and what I can learn.

Isn’t it time we get beyond where, as George W. put it, “We don’t talk to our enemies?” By opening the doors of communication to include all of us, we increase our odds of thriving together exponentially.

Who could argue with that?

Suzen Fiskin is a happiness coach, multi-media marketing wiz, and inspirational speaker. She’s also the author of the book, “Playboy Mansion Memoirs.” If you have any questions or comments, here’s how to find her – (208)572-0009 or [email protected]