Not a second for granted

This year has not been particularly kind to Blake Christiana or his band, Yarn. Despite the hardships that the novel coronavirus pandemic imposed on musicians, Christiana is one to look on the bright side.

“I’m doing my best to make the best of it,” he said. “There’s opportunity here to do things that I otherwise couldn’t have done.” 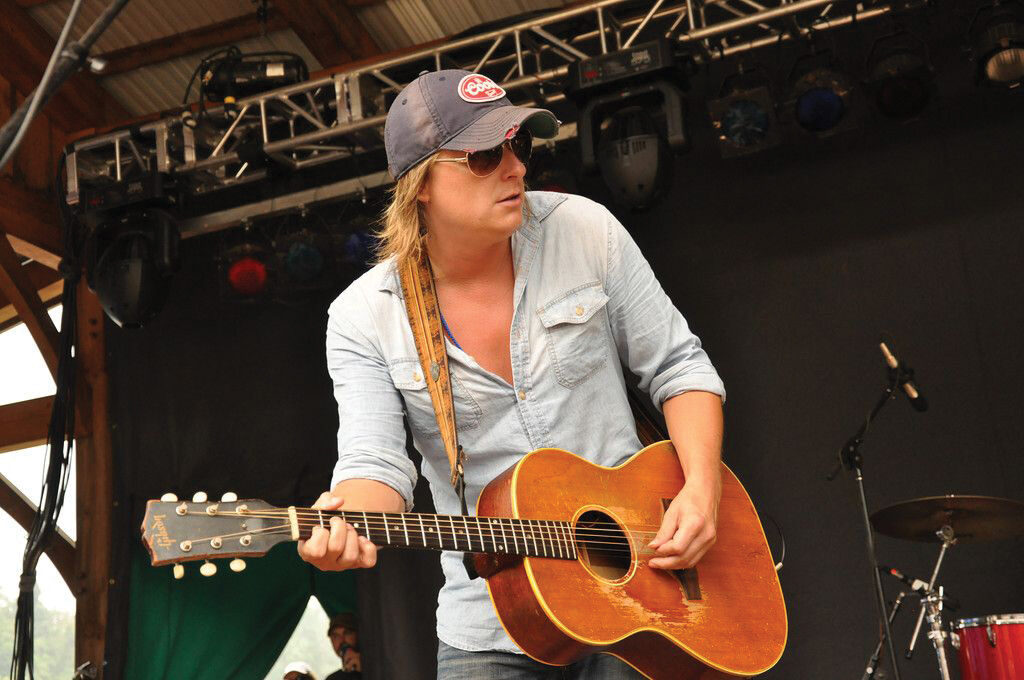 At first, that meant spending time working on his house, but that “got tiring quick,” Christiana said. Before long, he was back to playing music at “COVID-responsible gigs” — small gatherings with social distancing and PPE guidelines in place.

“I’ve been doing those since the second month of this madness because I just can’t sit still,” Christiana said, noting that he’s thankful to those who opened their homes and other spaces to make the small shows happen.

Christiana founded Yarn in Brooklyn, N.Y., in 2006, and the high-energy bluegrass four-piece now hails from North Carolina. As the band hangs in the balance — booking spring shows in hopes that things will be nearer to normal by then — Christiana’s COVID-era shows have largely been solo gigs. As a result, he said he’s had a chance to hone his craft more than ever before, and locals will have a chance to hear for themselves when Christiana plays Eichardt’s on Friday, Oct. 23 at 7 p.m.

Christiana said he tries to make his shows funny, too.

“It’s definitely not, ‘Sit down and get deep with me,’” he said with a laugh. “Some of the songs are pretty dark, but I try to lighten it up with the commentary. It’s more a listening show and less of a dancing show, but you’re always welcome to dance.”

As for upcoming projects, Christiana said Yarn actually has two albums completed and ready to drop: an LP of originals, as well as a tribute album to ’50s teenage rock heartthrob Ricky Nelson. When that music will be available to listeners is unclear.

“Everything is crazy, everything is up in the air,” Christiana said. “I might just throw them out there next week, you never know.”

If this trying year has taught Yarn’s frontman anything, it’s to diversify his time. Christiana said he’s made a concerted effort to take time away from music to kayak and be outdoors.

“It’s the only thing that’s been able to shut my brain off from all of the madness of the world,” he said.

Another pandemic-induced lesson? Never, ever stop being thankful. Christiana said he’s always worked hard to count his blessings — in particular, that he’s able to make a living as a musician — but 2020 has only enhanced that gratitude.

“When all this comes back, and we’re at shows again and we’re hugging and we’re sliding around in the mud at a festival together, I don’t think we’re going to take a second of it for granted,” he said. “Maybe this is a reminder of how precious every moment is and being able to be around people and enjoy music. This is the first thing to shut down and the last thing to come back, so we can’t be taking this for granted again.”