What you need to know about the May 15 primary election

The following contests will be on the May 15 ballot:

Idaho’s primary is primarily for the party to choose a candidate for each seat to represent them in the general election this November. The state of Idaho recognizes four parties; the Constitution, Democratic, Libertarian and Republican parties. If you do not choose any of those four, then you default into “Unaffiliated”. 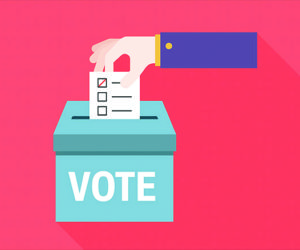 The only parties with races in the upcoming primary election are the Democratic and Republican parties, so there will be no Constitution or Libertarian candidates on the primary election ballot this year. This leaves a choice of three ballot types for the voter: Democrat, Republican and Non-Partisan.

All county voters vote for each commissioner in their party, regardless of which district you live in. All voters will have the Scotchman Peaks advisory question.

Only approved write-in candidates who have declared their candidacy as a write-in candidate by the statutory deadline to our elections office are counted. All other write-in names will be ignored. We ask that you do not write in non-qualified names on the ballot, because it makes extra work for the ballot counters, and lengthens an already-long night.

In-person absentee voting will be Monday, April 23, through Friday, May 11. Office hours are 9 a.m. to 5 p.m., Monday through Friday. It will be held in our Elections Office, located in the Bonner County Administration Building, 1500 Highway 2, Suite 124 (on the first floor). The last day to pre-register for the May 15 election is April 20.

The Elections Office will be publicly testing its ballot counting equipment on Thursday, April 26, at 3 p.m. in the Bonner County Administration Building first floor conference room.

We have had some precinct changes this year. Every voter who was affected was sent a letter stating what their change was. There were a number of precinct border adjustments, and the polling place for the Baldy precinct has been changed to the VFW at 1325 Pine Street in Sandpoint. Otherwise, Election Day voting will be at your usual polling place.

Idaho allows election day registration. If you are not yet registered to vote, you may still register and vote at your polling place on election day. Bring your photo identification and proof of residence to register. If you have any questions, please call the Bonner County Elections Office at 255-3631 or contact us via e-mail – [email protected]