Montana judge nixes Hecla permit for proposed mine near Noxon

Conservation groups embroiled in a longtime struggle to block Coeur d’Alene-based Hecla Mining from developing copper and silver extraction projects in the Cabinet Mountains cheered the decision from a Montana judge July 26 to invalidate a water-discharge permit previously granted to the company by the Department of Environmental Quality. 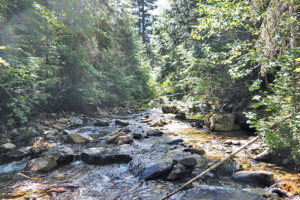 The ruling specifically targeted the proposed Montanore mine site near Noxon, Mont., which Hecla is currently seeking permission from federal officials to explore.

The judge in the case, Kathy Seeley, ruled that DEQ renewed a 2014 permit for Montanore without establishing appropriate limits for pollution, in the process violating both the federal Clean Water and Montana Water Quality acts.

“This is a big win for clean water,” Earthworks Northwest Program Director Bonnie Gestring stated in a July 30 news release from Earthjustice announcing the decision. “The court affirmed that Montanore cannot make use of a 27-year-old permit that would allow unnecessary pollution of Libby Creek, rather than complying with today’s laws to better protect Montana’s trout streams.”

Montana Public Radio reports that the company and DEQ are considering the ruling and it is uncertain if they will appeal, though Hecla spokesperson Luke Russell said the agency more than fulfilled its obligations to state and federal environmental laws when it granted the permit.