There is a haunting, warm beauty to Marhsall McLean’s voice. It reminds me of standing alone out in a windy crossroads of the Palouse, or driving across the Long Bridge when you know you’re going to be away for awhile. McLean’s songs are infused with melodies that invoke images of nostalgia and the rising, falling precariousness of life.

Fans of McLean’s will be happy to note the release of “SoDak,” a pleasant mix of 12 songs that take you on a timeless trip through McLean’s various inspirations. 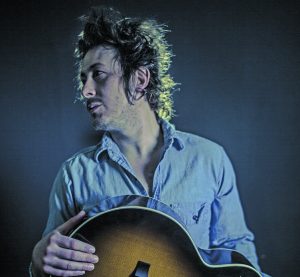 The album was inspired by the memory of McLean’s grandpa, a longhaul trucker in the ‘80s who lived in Ohio.

“My first memory is when my grandpa had come to visit and he was calling me a ‘SoDak,’ which is a nickname for someone born in South Dakota like I was,” said McLean. “It was a trucker term. I thought that was so cool.”

“SoDak,” is a slight departure from McLean’s 2013 release of “Glossolalia,” which helped the Marshall McLean Band win the Inlander’s “Best Of: Best Local Band” award. In this latest release, McLean’s mix of songs establishes a cohesive theme throughout. Subtle melodies like “Wildflowers” combine with more experimental arrangements like “Badlands” and “Level Out.”

“I think this is a better record from my perspective,” said McLean. “This is a more mature evolution of where I’m at right now and where I hope to go.”

McLean also dropped the word “band” from “SoDak” and the trio is now known as Marshall McLean.

“Nothing has changed, nobody quit the band or anything,” he said. “It just makes things a little more portable for me as the face of the band so I can tour more solo if I need to.”

Playing on “SoDak” are McLean’s longtime bandmates Justin Landis on bass and vocal harmonies and Jesse MacDonald on drums. Landis also co-produced the album with McLean.

“This is something that we conceived the vision for and started the process together,” said McLean.

Along with the bass and drums, McLean had some guest performers record in the studio with him, including Jamie Frost on the pedal steel, Fawn Butcher, the Shook Twins and the band Joseph. McLean plans to join Joseph on a small tour over the next week.

Overall, the album struck me as authentic and easy to listen to. Songs build when you want them to build, and take it away, always leave you wanting the song to last a little longer. The chemistry between McLean and bass player Justin Landis is evident from the first lick. With MacDonald’s spot-on drum tracks that keep your head bobbing along, “SoDak” is surely destined to please those who search for indie folk rock with soul and purpose.

McLean held an album release show in Spokane last week, but Sandpoint’s release is scheduled for Saturday, March 25, at the 219 Lounge. I highly recommend checking them out if you’ve never been.