Earth is pretty spectacular. We have wild weather, but nothing compared to some of the craziness in space.

Jupiter has some of the most vicious wind we’ve ever observed, which makes sense as it’s a giant ball of… Well, wind. Category Five hurricanes on Earth create unimaginable damage with wind speeds between 155mph and 185mph. Imagine an 18-wheeler barreling sideways down a highway at 150mph. On Jupiter, that Mack truck would be traveling closer to 380mph and be considerably heavier because of Jupiter’s tremendous gravitational pull. While hurricanes come and go over the course of about a week or two, this kind of wind is persistent on Jupiter. As well, the bands of Jupiter are all giant ring-shaped storms swirling around the planet, which is awesome and terrifying all at once.

Here on Earth, the worst kind of rain we get is acid rain, where carbon, ammonia and other elements that shouldn’t be aerosolized in nature get into the atmosphere, condense with water and fall back to Earth to poison and corrode things. That’s fairly run of the mill rain on Venus, except that the rain is molten sulphur. If you’re sitting in your cabana on Venus and worried about the rain, don’t worry too much. The planet is so hot that the sulphuric acid rain will usually evaporate well before it hits the ground. Problem is, so will lead, so maybe rethink that Venusian timeshare before you drop your retirement on it. 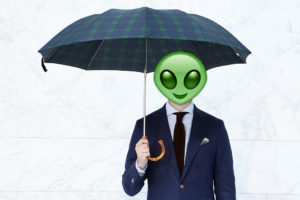 Other wicked rain happens on brown dwarfs. A brown dwarf is a star that didn’t really get the jump it needed to become a star. It’s more like a Jupiter that went for it, but just didn’t commit. Nevertheless, brown dwarfs are extremely hot by our standards. Hot enough to make iron in their atmosphere to evaporate, coalesce higher up and then rain back down just to evaporate again and repeat the process.  If other metals are present in the atmosphere of the brown dwarf, they are likely to evaporate and rain back down too. It’s raining lead, hallelujah it’s raining lead! Amen!

Volcanoes on Earth are no joke. Molten rock is spewed to the surface, destroying everything in its path while also creating new landmasses. This is fairly standard of most planets, but some take a whole new twist on the idea of a volcano. Cryovolcanoes are volcanoes that spew ice. The premise of this is really cool, and somewhat reminiscent of geysers on Earth. Pressure and heat below the surface of a planet can cause water just below the surface to heat up. When the water heats up, it expands. If it has nowhere around it to expand, it starts to expand upwards. In planets and moons far from the sun, these surfaces are usually well below freezing. What follows is a glorious geyser of steam that almost instantaneously freezes into ice, yet the pressure being released from the cryovolcano still pushes the ice upwards. In some cases, such as with Enceladus orbiting Saturn, these icy particles are grabbed by Saturn’s gravitational pull, which then feeds into the massive ice ring structures around the planet.

Liquid water is important for life. Liquid anything is a sight to behold, as it is extremely rare in the universe. Water that isn’t protected by an atmosphere will generally be evaporated and torn apart by sustained stellar radiation. Liquid is a funny thing though, especially water. Moons like Europa, orbiting Jupiter, may be concealing vast oceans of liquid water beneath a shifting icy crust. It’s not unreasonable to believe that life may have at one point developed to live in the harsh conditions of a subterranean ocean. Biologically immortal life forms already inhabit Earth as extremophiles, living in and along geothermal vents to feed off heat energy in the absence of sunlight. Meanwhile, on Titan, we’ve viewed giant hydrocarbon lakes. That’s basically giant liquid bodies of ethanol, the stuff we put in our cars to make explosions that move them.

Lightning is a pretty big deal on Earth. It’s loud, and during the summer it can be highly dangerous once the forest has dried out. The average lightning bolt releases about 1 billion joules of energy, which is enough to power a 60-watt light bulb for six months. On Saturn, we’ve viewed something astronomers have called The Dragon Storm, a massive storm bigger than Earth with arcing lightning. We’ve photographed electrical discharges that are nearly the size of our planet.

The celestial body with the weirdest weather has been feeling pretty left out. When you want to talk about weird, wild and unimaginably powerful weather, you have to look at the sun. I mean, don’t look AT the sun. You know what I mean.

The sun is a superheated gravitational superball of plasma with crazy off-the-chart magnetism. The sun’s magnetism does really weird things to its atmosphere. It pushes, it pulls, it creates things called corona. These corona are huge bands of plasma that stretch between at least two points. An immense amount of energy is stored in these bands, a lot like a wound spring. Occasionally, these bands will snap and fling all of that energy out into the solar system in something called a coronal mass ejection or CME. This is similar to how an arrow is fired from a bow, except in this case the arrow doesn’t have a point, it has 8-15 Jupiters spread out into a sheet and flung out in all directions indiscriminately.