Humans spent a vast portion of civilized history without access to the mass-production of knowledge. The invention of the printing press was arguably one of the most important steps of human evolution of all time. The ability to quickly replicate our thoughts and disseminate information without having to wait months, years or even decades for someone else to write it all down was a game-changer. Even after the printing press was eclipsed by the internet, printers remain an important part of our lives.

How do they work? 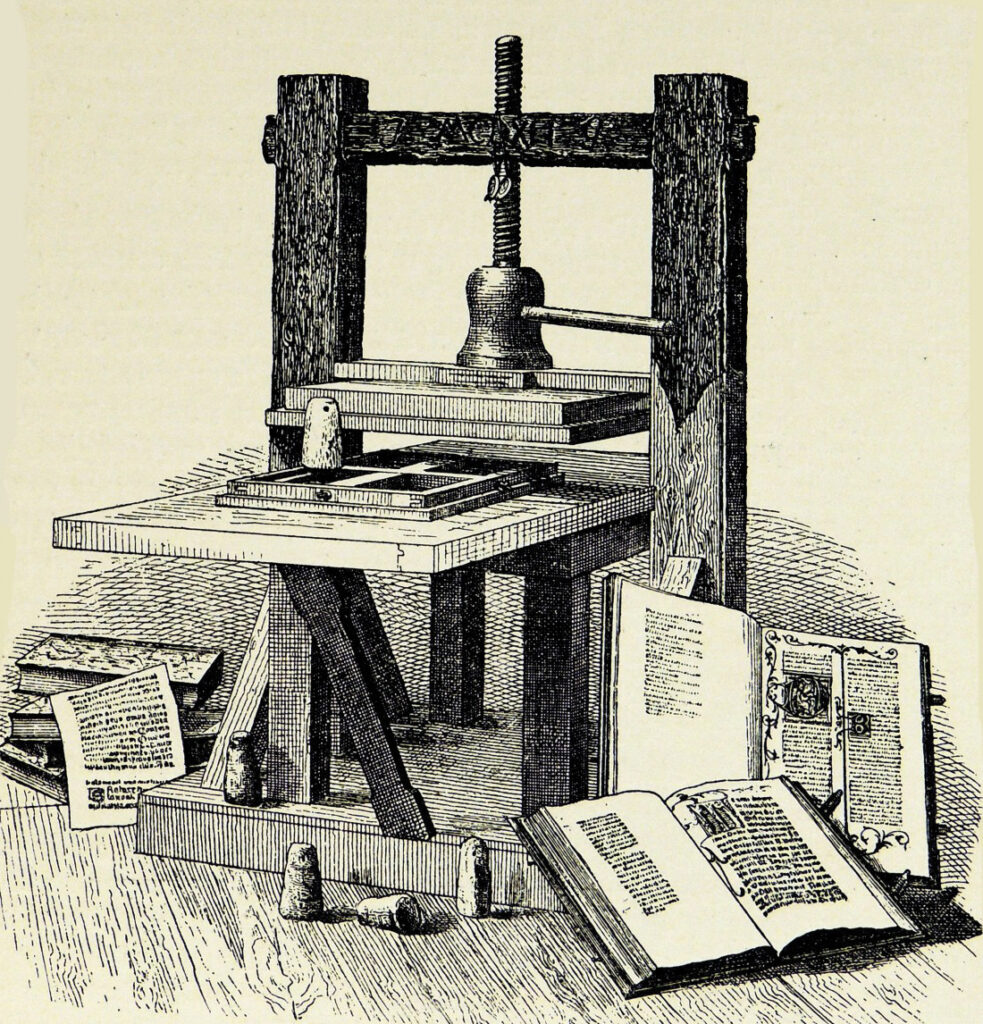 Let’s start from the beginning. The Gutenberg press wasn’t the first printing press invented, but it had drastically improved the design by adding movable print to the machine, which allowed printers to rearrange letters and words to print things other than the Bible, which it had been initially designed to do.

The operation of the press was simple enough, though it took an immense amount of practice and skill to operate efficiently. It all begins with the plates of movable type. The printer would arrange the letters on the plates according to the desired specification. As an example, let’s say they were printing this very “Mad About Science’’ article. Since it’s all on one page, they would arrange the type in the exact configuration as the letters of this article. Then they would use the inking balls, two softball-sized globes wrapped in goose skin that would be rolled in ink and then dabbed onto the printing plate. The letters on the print plate were raised from the rest of the plate, which allowed the ink to stick only to the letters and not sink into the gaps between.

The paper that would be printed was rigged onto an extension of the press called a tympan. This was another surface that emerged from the press at an angle and was covered by a piece of thin hide called a frisket that both helped hold the paper in place and guard the edges from being stained by rogue splotches of ink. The whole contraption would be lowered, setting the paper down above the inked plate, and then it would be fed under the actual press mechanism. This was essentially a large screw with a perpendicular handle that the operator would pull toward themselves to force the mechanism to press into the paper, transferring the ink from the plate into newly formed, letter-shaped recesses in the paper. The machine would be reset, the type would be altered for the next page, the paper would be flipped over and the process would begin again.

The designers and engineers among you may be wondering how exactly the folks operating these first printing presses ensured that the pages were uniformly printed on both sides, without awkward deviations of the text. Surely the first printers weren’t so skilled and keen-eyed that they could eyeball a perfect approximation 400 times per book. They used a trick that’s still employed by printers today — possibly even by the one that printed this very paper.

There were two small, sharp metal pins in the tympan that would pierce the paper as it was loaded in. These created guide holes so that the printer could simply slide the guide pins back into the holes once they flipped the paper around. These imperfections are usually hidden by the spine in books, though it appears at the edges of some newsprint.

Printers developed dramatically in the information age. The leaps and bounds made by manufacturing meant that engineers could be more precise with how they applied ink to surfaces. The development of lasers meant that movable type was no longer required. This allowed a device to print multiple pages in rapid succession, without having to wait for someone to swap out all of the words and letters.

Laser printers that use toner are very complicated machines, but I will do my best to summarize how they work in a limited space of words. A number of rollers are inside of the printer, the largest being the organic photopolymer drum (OPC drum). A second roller generates a negative charge along the OPC drum. A rapid-firing laser then scans an image onto the OPC drum as it’s rotating, which creates a positively charged area — this is the shape of the text or picture that you’re printing. Particles of toner are stirred up in a hopper beneath the OPC, before being guided and leveled by the machine toward the OPC drum. These toner particles are negatively charged, and are drawn toward the positive charge left by the laser. The toner is then transferred to a piece of paper on the other side.

In a color printer, four different colors of toner are used: black, yellow, cyan and magenta. This process is applied to a different OPC drum for each of the four colors before your print emerges, with each one layering over the other in a specific configuration dictated by your computer. This is all done extremely quickly and is the kind of printer you can find at the library.

There are also engraving laser printers, which can print on surfaces like stone, wood and metal with remarkable precision.