Living around here, you’ve likely seen or visited your fair share of greenhouses. Plant nurseries are quite popular for an area this small for two major reasons: people love pretty plants and the idea of self-sustainability.

Unfortunately, our growing season is very short compared to places closer to the equator like California and Mexico, which can support agricultural endeavors year round. Here, if you want to make farming or gardening a perpetual operation, you will need the help of a greenhouse. 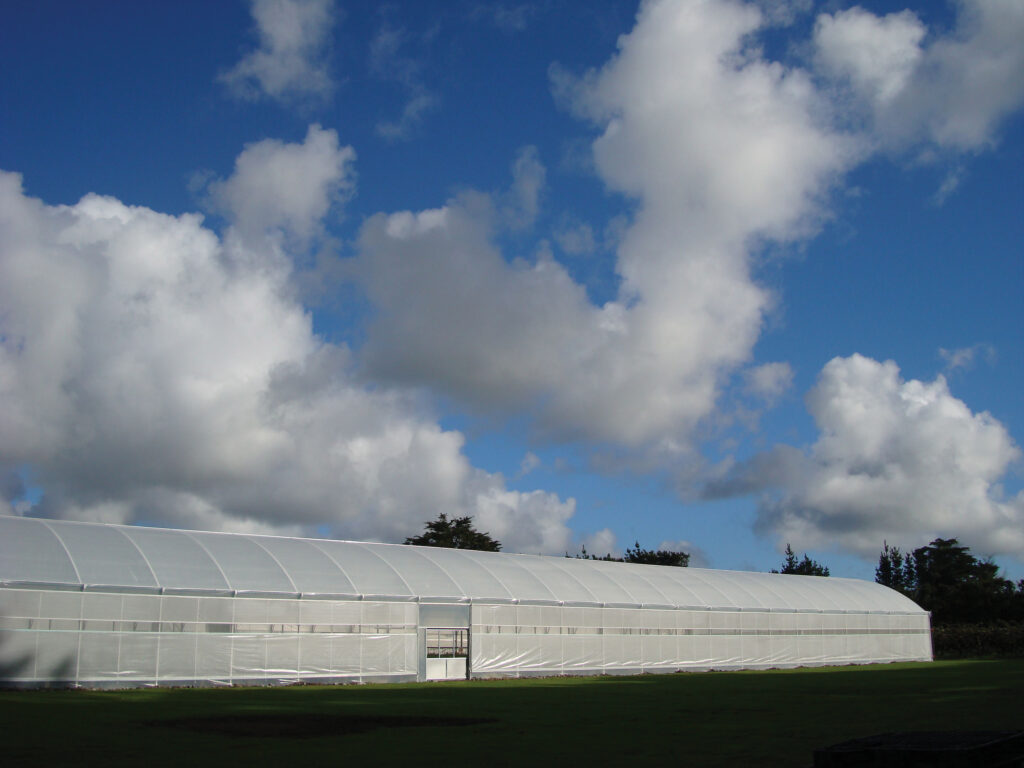 The premise of a greenhouse is pretty simple: it lets light in, but doesn’t let heat out. Light emitted from the sun creates heat energy when it is absorbed by objects. That heat energy tends to rise, especially when it is dissipated into the air, as it is on Earth. Darker objects like tires or black plastic barrels absorb the most light, and thus heat up more quickly than something like a white mailbox, which reflects a lot of the light hitting it.

You can use this premise in your greenhouse to your advantage, especially in our chilly neck of the woods. By filling black plastic trash cans with water (which does a great job of retaining heat energy), you can create thermal batteries that will radiate heat throughout your greenhouse.

Warm air naturally rises, so unless you actively circulate the air in your greenhouse with the aid of fans, all of the warm air will sit up in the rafters while your precious plants languish in the cold below. During the summer, you would need to actively vent hot air out of your greenhouse, or the entire space will begin to fill up with heat and literally cook your plants inside. Some clever designers created greenhouses with ventilation ducts that circulate hot air from the ceiling down into the foundation of the greenhouse while pushing cooler air up to be reheated and recycled, keeping the internal temperature of the structure stable. Plants love stability.

Creating a good greenhouse is a bit of a balancing act, especially around here. Our summers can hit triple digits while our winters have had a record of snapping to 20-below for the entire month of February. The clear plastic sheeting or glass that makes up most of your greenhouse isn’t particularly good at insulation (keeping heat in and cold out). It’s just there to let the light in and keep some of the heat from escaping. In order to survive our winters, your greenhouse needs to have additional insulating materials to keep warmth inside.

This can be achieved a number of ways. The most expensive of which is to use a concrete foundation that is insulated on both sides by polyurethane foam. Additionally, you can use these foam boards to cover walls the sun doesn’t reach during the winter, as well as specialized blinds you can pull down over the roof panels at night.

Additionally, you can build a rocket mass heater, a specialized form of woodburning stove that is usually built directly into the foundation, venting heat throughout the entire structure. Due to the surrounding stonework absorbing and radiating the heat from the fire, it requires considerably less fuel to maintain an ambient temperature through the structure than it would for a traditional wood stove to heat your home.

Another viable option for insulating a greenhouse in our area is to bury it. A Walipini greenhouse is essentially just a pit covered by wood trusses and whatever clear roofing material you want to use, whether it’s glass or plastic. Soil is a fantastic insulator, though you probably never would have guessed after slipping and sliding across it on most frigid winter mornings. The cold temperatures only penetrate between four to six inches deep around here, leaving a nice, stable area for your plants to grow below that — provided you can get enough sunlight to reach them.

The processes that go on in a greenhouse aren’t exclusive to small artificial structures. Any planet with an atmosphere acts as its own greenhouse — sometimes to better effect than others. Earth’s atmosphere holds in just enough heat for plants and animals to survive, though that changes from time to time. Human beings introducing increased amounts of carbon into the atmosphere from things like industrial facilities, refineries and automobiles creates aerosolized pockets in the atmosphere that acts like the polyurethane panels of a greenhouse: allowing light to pass through, but trapping heat in the atmosphere.

Interestingly, the way Earth deals with this effect is by spouting huge amounts of carbon (as well as other hazardous chemicals) into the atmosphere from massive volcanic eruptions that end up creating a thick layer of ash and clouds that absorbs most of the light, allowing very little to funnel down to the surface. While this insulates the planet’s surface for a while, prolonged cover allows the heat to dissipate without being replenished by the sun, leading to a phenomenon called volcanic winter.

If you want to see what happens when the greenhouse effect goes completely out of control, just take a look at Venus, where the average surface temperature is about 864 degrees Fahrenheit. That’s about 350 degrees hotter than your oven when you’re broiling something.

It just goes to show you, we live in a giant greenhouse that teeters on a very delicate balance.