Neon Genesis Evangelion wasn’t even close to the first representation of the giant robot in Japanese cinema, but it made its mark in that country and abroad with deep cultural, psychological and religious symbology references.

Set in the then-future world of 2015, the series first aired on Oct. 5, 1995, and became such a massive cult hit that it spawned a trilogy of movies with the first installment released in 2007. Weta Workshop, the company that handled the groundbreaking effects for Peter Jackson’s Lord of the Rings trilogy, had even been in talks to handle the CGI for a live-action Evangelion movie that ultimately fell through.

Instead, we got Pacific Rim, and I guess that will just have to do. 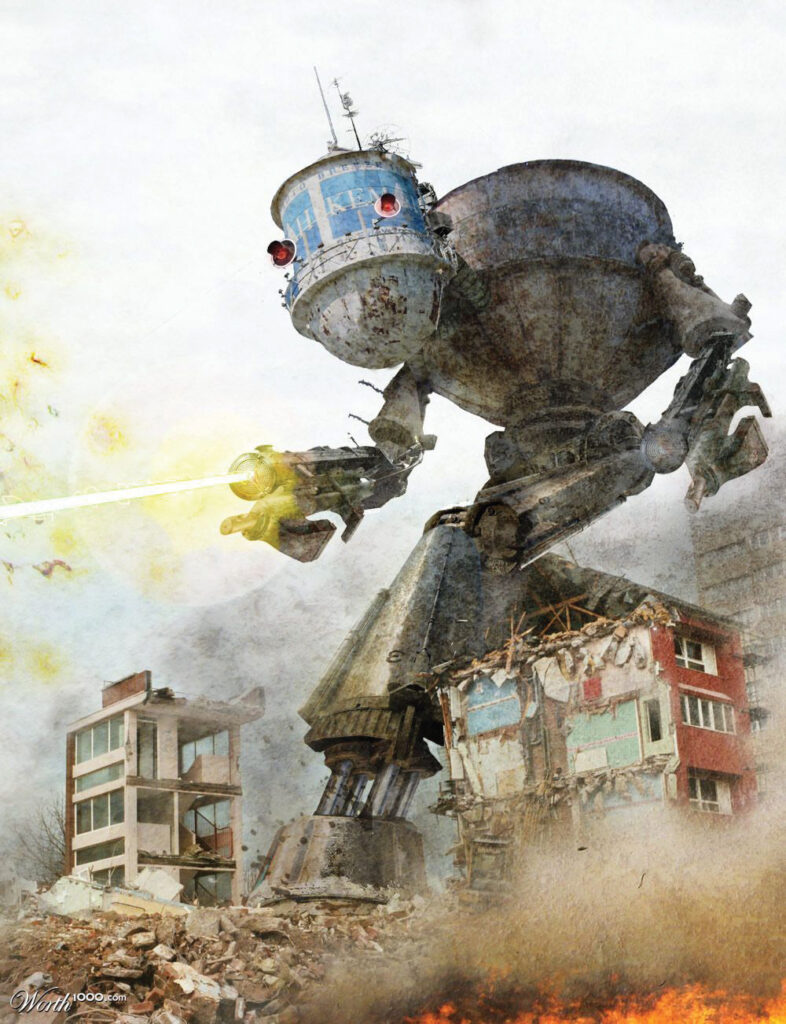 It’s now 2020, five years after Evangelion’s plot had come to a conclusion, and world militaries still haven’t built any giant robots — so what gives?

It turns out there are a lot of reasons why creating giant humanoid robots is extremely impractical.

The research and development cost to create a giant war machine would be astronomical. The U.S. Air Force’s cutting edge F-35 Lightning II fighter jet program has a projected lifetime cost of around $1.5 trillion. This is for technology we already have and are building on to create a slightly better version of a plane that already exists: the F-22/A Raptor.

Another major reason why giant warbots don’t exist is reflected by the F-35. There isn’t an enemy on Earth worth spending that kind of money to counter, and even if there were, how could we deploy it?

The best part of any movie pitting giant robots versus giant monsters (referred to colloquially as kaiju) is watching them smash through skyscrapers and turn metropolitan downtowns into piles of rubble. Real militaries try to avoid doing that as often as they can, assuming annexation is on their mind. After the U.S. invasion of Iraq in 2003, there was an estimated $88.2 billion cost to rebuild the country, which ended up becoming a hotbed for terrorist organizations like ISIS, anyway. Destroying your own city with a weapon you developed is a really good way to make the public mad, and what good is a giant robot against a bunch of tiny targets?

The third reason that giant robots don’t exist is because we have already developed weapons that can cause city-wide damage with significantly less investment. Nuclear weapons have only been intentionally used against humans in warfare twice: detonated over the Japanese cities of Hiroshima, on Aug. 6, 1945, and Nagasaki, on Aug. 9, 1945. Nuclear weapons were unintentionally used against Japanese citizens a third time on March 1, 1954, when the Japanese fishing boat Daigo Fukuryu Maru was caught by the fallout in the wake of a U.S. hydrogen bomb test on Bikini Atoll. One sailor died from acute radiation sickness.

The final reason why giant robots don’t exist is because they’re giant! Creating a giant creature the size of a skyscraper would take a tremendous amount of mass. When you have more mass, the object itself becomes heavier, and requires more energy to move and maintain a cohesive form. We can build towering skyscrapers because they aren’t moving anywhere, but if you wanted them to get up and roll around, you would need an unfathomable amount of energy just to propel it and some way to keep it from breaking apart during transit.

In the case of a giant robot, its limbs would be constantly fighting gravity and putting immense amounts of downward pressure on the joints. Because of this weakness and the huge amount of energy needed to move such a huge object, the robot would risk shattering its arm to pieces every single time it punched a building.

“But Brenden, what about cruise ships and aircraft carriers? They’re huge!”

They are, and they aren’t designed to articulate at joints like a humanoid robot would. They are generally large, straight masses with no major articulations that are also supported by water at the base. The pressure from the water that helps keep the boat buoyant also helps it from breaking apart while moving.

The more massive an object is, the more it has to fight gravity in order to move. Whales can cheat by being immersed by water, which exerts pressure around them. They also don’t have to lift their entire weight when moving, like humans do. So what about when you don’t have to worry about gravity?

Giant robots could be plausible if they were built and deployed in the vacuum of space, as the restrictions of mass are not as relevant when you aren’t fighting against gravity — at least to a point. If you were to create a mecha that was too massive, it would either break apart in the presence of a more massive object, or create a gravitational pull of its own and begin drawing smaller objects like asteroids toward it. A mecha this large wouldn’t be able to move around very efficiently on its own, it would essentially be at the mercy of the sun’s gravity well and just become another minor planet with weapons attached to it.

At that point, you’ve just built the Death Star.