Coins hold a special place in the hearts of many Americans, though the average person doesn’t know the origin of most of the bits of metal jangling in their pockets. Did you know that America didn’t start minting its own coins until 1792? That’s a full nine years after the conclusion of the American Revolutionary War. What did people do before that?

Well, it turns out they mostly traded with the money from other countries, including England, France and Spain, especially. In fact, the word “dollar” originates from the leeuwendaalder (or “daalder”), a Dutch coin used by the colonies in the 1700s.

Managing a number of different currencies must have been a confusing mess, which necessitated the creation of the Coinage Act of 1792. This act allowed for the establishment of the U.S. Mint and the beginning of a long history of minting American coins. There was a snag, however — gold wasn’t plentiful on the East Coast, so minting gold coins was a difficult process. To retain value in trading currency, Americans continued to trade with Spanish coins well into the 1800s, when Americans pushed west toward California, where they scratched, stole and scrounged vast fortunes of gold. 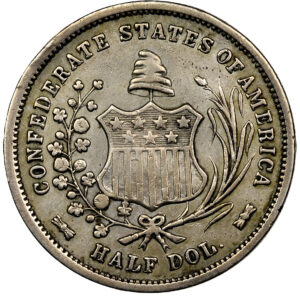 There are still a number of very old and rare American coins circulating between collectors and institutions. Some were printed by mistake, others as a ruse to impress foreign dignitaries for a single event and others were simply lost to time. Here are a few coins that I thought had some pretty interesting backstories.

If you were to really dig deep into the history of the American Civil War, you would see a lot of flared emotions and irrational thinking. The story of the Confederate States’ money highlights this. As the CSA seceded and sieged Fort Sumter in Charleston, S.C., its leaders seemingly shrugged at their lack of precious metal reserves. Instead, the Confederate States hedged their bets on winning the support of European allies that utilized the American South’s cotton plantations for importing cotton. This was a bet that was not in the South’s favor, as the means of acquiring the aforementioned cotton came from the torturous labor of slaves — forced into that “peculiar institution” of America, which had already been abolished in several major European countries, notably England, France and Russia.

Despite the Confederacy’s bad planning and ineptitude, it managed to print a small number of coins, including the 1861 Confederate States Half-Dollar. It is believed that just four were minted in New Orleans, and they are now valued at around $960,000. 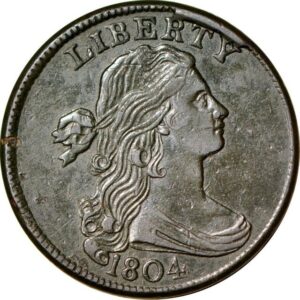 The 1804 Silver Dollar, or The Draped Bust Dollar

This coin is a curious specimen. Despite bearing an 1804 date, it was actually minted in 1834 at the order of President Andrew Jackson (arguably one of the cruelest and most destructive men to ever hold the office). This particular type of coin was printed at least three different times, though its primary function in 1834 was for diplomatic reasons, likely to impress foreign dignitaries just four years after Jackson had convinced Congress to pass the Indian Removal Act of 1830, which forcibly — and murderously — relocated tens of thousands of Indigenous people throughout the American southeast to reservations in Oklahoma. This relocation earned the shameful, yet apt, moniker: “The Trail of Tears.” 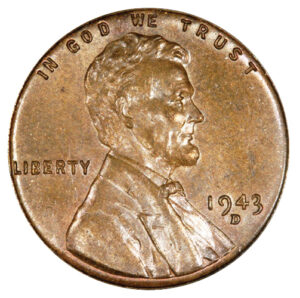 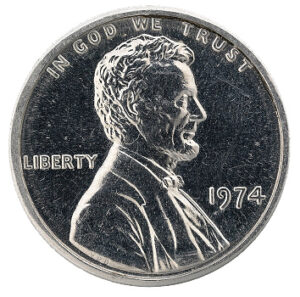 These pennies, though unremarkable in appearance, are both very interesting historical items with unique stories of their own.

The United States was in the middle of the second World War in 1943. Virtually all production in America was being utilized for the war effort — not even currency was spared, as copper was shifted to production for essential radios and motor components, among other materiel — items that would be vital if American troops were to win a global war on two fronts. Because of this, the production of copper pennies declined during this time, and only a handful have been found today.

Though not as thrilling of a backstory as global war, the 1974 aluminum penny also highlights American ingenuity. The price of copper rose sharply in 1974 — it was a drastic enough change that the cost to produce the penny was higher than the value of the penny itself. This isn’t an uncommon occurrence, as the price of copper as a commodity throughout American history has been seen as an indicator of the health of the economy, and as a predictor of growth.

However, it didn’t make a lot of sense to spend money to mint something worth less than the material you’re making it out of, so the U.S. government produced a number of pennies from other types of metals, including aluminum, which was handed out to a number of high-ranking government officials. Unlike most test coins, these pennies were never returned to the mint and are believed to be privately circulating today.

You never know what may be sitting in your piggy bank. That grungy penny you got from the gas station could be worth more than your house.