The lack of rain and below-normal snowpack this spring have sparked a conversation about when, exactly, Lake Pend Oreille should reach summer pool. Some stakeholders believe that in years of low flood probability, before Memorial Day weekend would be ideal — that is, according to a letter from the Lakes Commission to the U.S. Army Corps of Engineers dated May 13 requesting that the lake be filled to “within six inches to a foot” of summer pool level before the holiday. 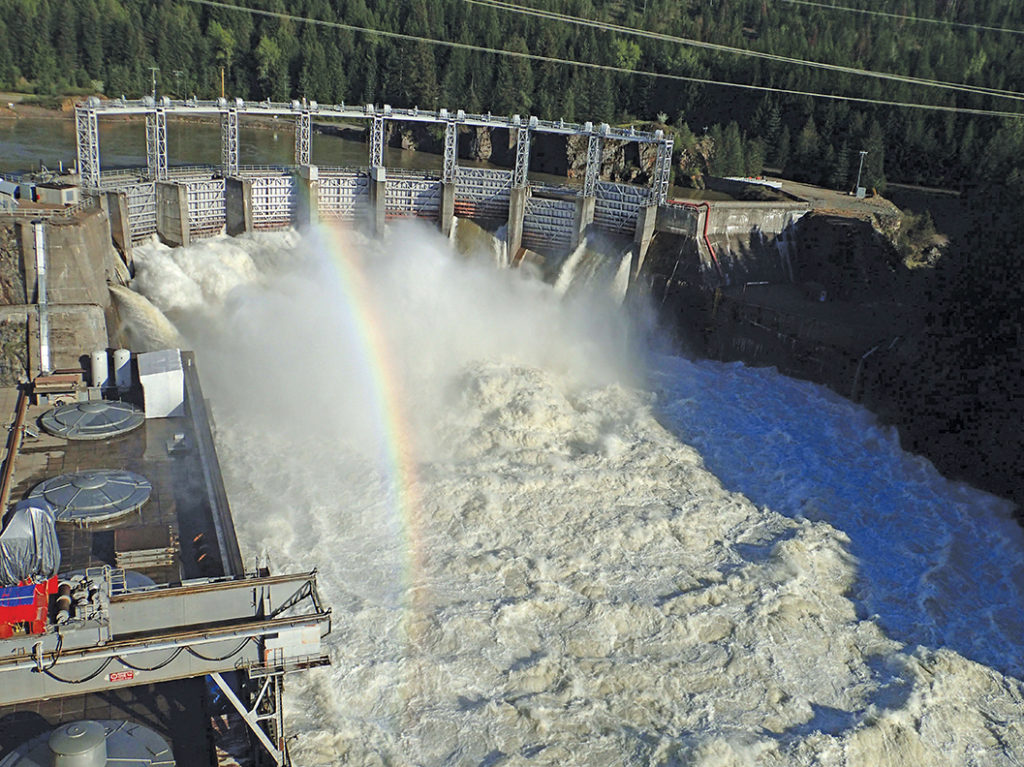 “This is not an operation that has been adhered to in the past, due to anticipated flood risk, but as the Corps and NOAA weather forecasters presented to us at our May 11 meeting, there is no flood risk this year,” the letter stated. “Snowpack is well below normal and forecasted precipitation is low. Knowing that our basin is not at risk of flooding and that this operation is well within the congressional operation for Albeni Falls Dam, this year provides an excellent opportunity to capitalize on our busy recreational weekend.”

With tourism such a significant economic factor for North Idaho, the Lakes Commission has made it a goal to advocate for a lengthened summer pool season — a decision that is in the hands of the Corps and its Albeni Falls Dam operations. USACE controls Lake Pend Oreille’s levels by managing outflows at the dam, fluctuating the water level about 11.5 feet between seasons.

Lakes Commission Executive Director Molly McCahon said that while most boat launches around the area are currently accessible, docks and walking ramps are unusable until the lake reaches 2,061-2,062 feet. As of May 26, the lake — measured at the Hope gauge — sat at about 2,059.7 feet.

In a follow-up email May 24 to the Corps, the Lakes Commission again forwarded its request.

“We urge you to reconsider your timing on refill this year and to reach summer pool by May 28,” the email concluded. “If not, this year proves that if there is truly an opportunity for early refill (no flood risk) it will only occur in extreme drought and even that seems questionable.”

The two parties met on May 24 following the email, after which the Lakes Commission told the Sandpoint Reader: “They are refilling earlier than in a typical year, so we can claim a small victory, but they wouldn’t commit to 2,061 feet heading into Memorial Day Weekend and are still being cautious. We tried and you can rest assured we will keep trying in water years like this one, where there is simply no flood risk.”

USACE also issued a statement following the May 24 meeting, sharing that the lake should be “at 2,060 feet going into Memorial Day weekend, and will continue to fill over the weekend.”

“Inflows are expected to increase over the next two weeks due to increased rain and snowmelt in the upper parts of the basin,” said Senior Water Manager David Bogema. “With the expected increases in inflows, releases from Albeni Falls Dam will be increasing in order to manage refill and keep daily refill rates below our limit of 0.4’/day. Those refill limits are in place for the safety of those around the lake.

“We will continue to monitor the changing conditions in the basin in order to determine when we can safely manage having the lake in its summer operating range of 2,062 feet to 2,062.5 feet,” he added. “Given the current hydrologic outlook, we project we will be in that range in the second to third week of June.”