Fears for the future from Nazi-occupied Norway to a changing nation, state and city

Having grown up during World War II and lived under German occupation for five years, I watched the planes drop the bombs that killed my Dad, passed through Gestapo checkpoints on the way to school, feared arrest for listening to BBC broadcasts, as well as being deprived of the many freedoms that w had taken for granted. 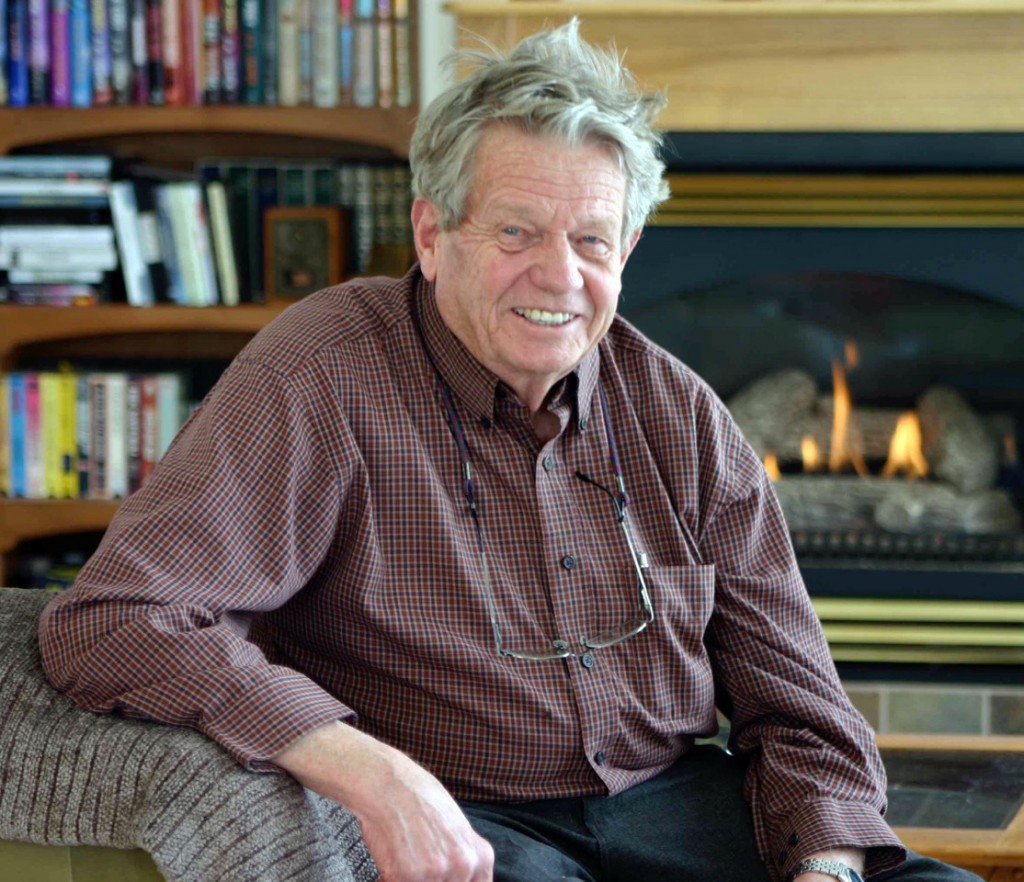 Right after Christmas in 1953, at the young age of 18, I boarded an airplane at our local airport in Norway and set off on a 6,000-mile journey to Los Angeles to embark on a journey to enter the world of filmmaking.

As I remember the mid-’50s in this country, it was an age of optimism for what might lie ahead. The devastating World War II was behind us and a new war in Korea had ended in a truce. The world was at relative peace, the economy was good and the middle class was prosperous.

However, there were troubling signs. The Cold War between the U.S. and the Soviet Union was heating up, Sen. Joseph McCarthy and his House Un-American Activities Committee was investigating people for their political activities and beliefs. Racial discrimination, especially in the South, was alive and well.

Against this background and the belief that my opportunities in filmmaking were greater than they would be in Norway, I decided to immigrate to the U.S. and what followed was a lifetime of making movies and helping to tell stories, traveling the world several times over and being part of situations you normally would never be in, and meeting and working with many fascinating people you would normally never meet — from presidents and celebrities to farmers and fishermen.

Now, 65 years later, I find myself living in a country divided by distrust, lies, fear and anger with the potential of leading to violence, which is exactly what happened in the Jan. 6, 2021 attack on the Capitol. Many people feel left out of the political process. The middle class has suffered economically and the fear is that they might turn to a strongman, like what happened in Hitler’s Germany in the ’30s. Trump was their man, but I am concerned that a person like Trump — but smarter — might emerge from the political wreckage.

Somehow we survived four years of Donald Trump’s presidency, but the politics have turned as ugly and divisive as any time in our country’s history. We barely survived losing our democracy to an attempted coup, and are now living on the edge where the loss of freedoms and the threat of fascism is as strong as it has ever been.

The Republican Party has turned into a personality cult without any sense of governing except for exercising raw power. The Supreme Court has turned political to serve the ultra-right wing. No other country is experiencing the gun culture and mass shootings that we have — killing hundreds of innocent human beings in addition to about 40,000 lives lost every year to gun violence. In addition, climate change is raising its ugly head to threaten our children’s and grandchildren’s future.

Sandpoint has not been immune to some of these issues, and is experiencing issues of its own.

We discovered Sandpoint in the mid-’70s and moved here because we would like living in a small town that had a ski area. Sandpoint at that time was like most other small towns in America, except that it was situated in an area of exceptional natural beauty.

Politically, it was largely Democratic and somewhat liberal — something that has completely changed over the past 20 years or so because of a large influx of very conservative people from other states, especially California.

Locally we have seen the in-migration of people from the extreme far-right and Christian evangelical right who are looking to establish a base in part of the Northwest largely populated with white people. They seem to be people driven by fear and anger toward people with other views and toward the institutions of this country in general. Their aim seems to be to infiltrate local political positions and boards to gain political control. Some of them seem intent on establishing their own wilderness fortress to fight an imaginary enemy.

It has resulted in armed militia members lining First Avenue in 2020, making threatening comments and gestures to a group of young people marching for “Black Lives Matter.” The county initiated a lawsuit against the city of Sandpoint because the Festival would not let people with guns enter the Festival grounds. This year’s primary election resulted in an extreme right-wing candidate winning nomination to a state Senate seat over a much more qualified moderate incumbent candidate. This year’s Fourth of July parade saw a young man along the parade route dressed in black and carrying an assault rifle, claiming he was there to defend his freedom.

Ever since we moved here we were convinced that one day Sandpoint would be discovered, like what happened in so many other places like Aspen, Colo., and Park City, Utah. It has taken a lot longer than we thought, probably due to the fact that it is not blessed with a lot of sunny winter weather like many of those other towns.

When the pandemic hit, it seemed to draw people in from bigger cities and, all of a sudden, real estate prices shot up and greed seemed to take over. Downtown was populated with a steady stream of people that you had never seen before. Outside companies saw opportunities to make a fast buck and the pace of change has accelerated — not always for the better.

To many of us who have lived here a long time, it no longer seems to be the friendly town and giving community we all appreciated and loved to be part of.

Thinking back on my life I cannot say I regret the decision to stay in this country. It has given me the opportunity for a very full and rewarding life, personally and professionally, but I am very concerned about the direction it might be headed in and what that might mean for its future.

Erik Daarstad is a longtime Sandpoint resident, community volunteer and filmmaker whose decades-long career included working on about 300 films and winning an Academy Award for cinematography.