In response to President Trump announcing his intentions to pull out of the Paris Climate Accord, we have asked several of our elected officials in Sandpoint and the state of Idaho what they think of the development.

Here are the results of a short email exchange with Sandpoint Mayor Shelby Rognstad and Idaho State Representative Heather Scott. We thank them both for taking the time to weigh in their opinions on this issue.

SPR: What is your opinion about President Trump’s commitment to pulling the US out of the Paris Climate Accord?

Mayor Shelby Rognstad: The Paris Climate Accord was a landmark agreement by all but two countries to commit to curbing carbon emissions and collaborate towards reducing the harmful impacts of climate change. Pulling out of the agreement demonstrates a tremendous lack of leadership from the president. It negatively impacts trust and faith in the U.S. from our allies, reduces our political leveraging capacity and creates instability in the market. This decision negatively impacts our economy as the demand for renewable energy continues to climb and other nations are poised to meet that demand with political support. 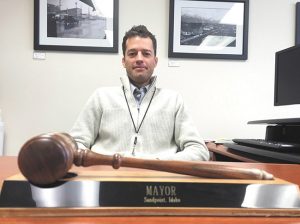 Rep. Heather Scott: I believe this move by President Trump is a huge victory for the citizens, businesses and communities of Idaho and our nation.  We need to insure the livelihoods and stability of our communities at a state and national level which rarely, if ever, occurs when international laws overrule local needs.

SPR: How does the move affect us here in North Idaho?

Rognstad: We are all impacted by climate change. Locally, negative impacts can be seen with increase probability of droughts and associated wildfires that can be devastating to the state and local economy. We also are impacted by increased flooding. These have impacts on our citizens, infrastructure and state budget. As climate change plays out globally devastating impacts elsewhere impact the national and global economy. A hurricane in New York or New Orleans can be so devastating as to effect global markets, insurance markets and create a ripple effect that can be felt by everyone, even here in rural Idaho.

The political and economic instability that U.S. withdrawal creates will have a trickle down effect that will hamper economic growth and vitality in Idaho. It will slow the transition into renewable energy in Idaho, dampening the job growth associated with those industries.  It will impact Idaho’s transition into a lesser carbon economy. This, in turn, will enhance the negative impacts of climate change over time.

Scott: It will insure that local and regional vital industries like agriculture (i.e. seasonal grass burning), timber (i.e. slash pile reduction and timber harvesting), and power generation (i.e. coal, gas and co-generation) can continue to operate to improve the lives and communities within our state without onerous international regulations. 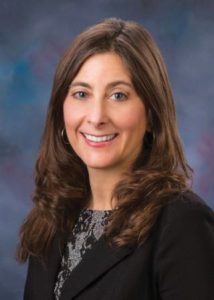 SPR: Do you think the Accord has the potential to create more jobs in the green renewable energy sector, or do the imposing regulations cost the US jobs in the long run?

Scott: I have not studied the Accord in detail so I am not sure what language is included that would promote job creation. The Obama administration clearly planned to use it as a hammer to further hamper industry growth and ultimately curtail job creation. But leaving the Accord does not prevent American businesses from continuing to invest in new energy technologies with higher efficiency and lower emissions. The energy market is $6 trillion and projected to grow by a third by 2040, according to The Heritage Foundation, a powerful incentive for businesses to pursue without the aid of taxpayer money, and a predictor of job creation.

SPR: Do you believe in climate change? Why or why not?

Rognstad: I don’t know of anyone who denies the existence of climate change. Initially conservative Republicans seemed to refute its existence. More recently, however, the evidence for it has become so overwhelming that the debate among republicans has changed from “Does climate change exist?” to “Is it primarily a result of human activity?” As even the vast majority of conservatives now seem to agree on climate change existence, it doesn’t make sense for us to ignore the problem when we are very capable of doing something about it. The Paris Accord was a significant step in this direction. It has support among 195 nations and overwhelming support in this nation. This is evermore clear as we see a growing list of mayors (over 250) and governors nationwide that have signed on to the agreement.

Scott: My answer depends on your definition of climate change.

Editor’s Note: After clarifying the definition of “climate change” in a new question as “Do you believe in human-caused climate change; that is to say, that human beings are contributing to an increased level of atmospheric carbon dioxide produced by the use of fossil fuels?” Rep. Scott did not comment further.