Local artist among those selected for public art project

Having a unique community identity is becoming more and more important today, especially as everyplace tends to look like everyplace else — with a McDonald’s here, a Starbuck’s there — but how does one define their town’s identity when retail sprawl threatens to paint every town in the United States with the same $1.49 brush? 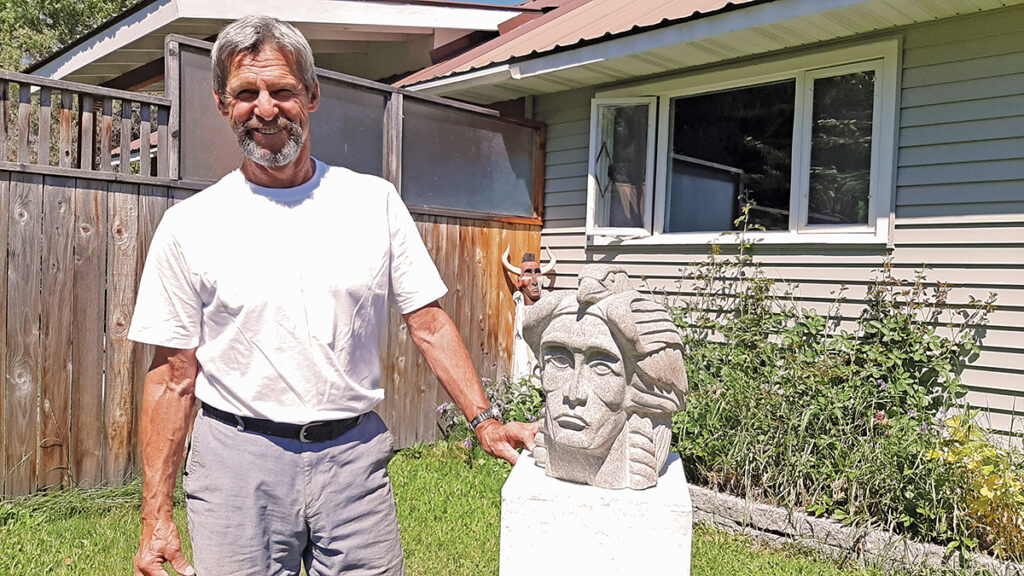 Public art is not only a distinguishable example of our shared history, but also our evolving culture and society. Public art humanizes and invigorates the sea of asphalt and bricks that have become our public spaces, providing an intersection between past, present and future; between ideas and disciplines; between commerce and creative expression.

While museums are necessary repositories of some of the greatest creations from artists throughout history, public art reaches a different audience every day. Instead of mesmerizing the “captive” museum audience, public art captures the eye and mind of someone passing through a public space who may not have been looking for a creative expression. It can help us pay attention to our civic environment, as well as cause us to question what’s around us and what has come before. It can make us stop and think, it can enrage us but, at its core, public art does its job every time a pair of eyes falls across it.

Most of all, public art is cool to look at, and signifies that a community cares about arts and culture.

The city of Sandpoint announced three selections for the second year of its Silver Box Project. Introduced in 2019, the civic program places rotating art sculptures on loan for a year at three different public locations around Sandpoint.

Baranski’s bust of a Native American man with an eagle headdress was sculpted from a solid chunk of steatite, or soapstone. He obtained the stone from Wenatchee Mountain about 20 years ago, when he applied for a permit to gather up to a ton of stone for only $10.

Baranski created the bust — which measures about 10” x 12” x 15” — about 10 years ago and drew his inspiration from living in an area with a historic Indigenous population.

“Most of my sculptures are faces,” he told the Reader. “I really like trying to convey something through the face.”

Meanwhile, inspiration often comes from the medium itself, Baranski said.

“A lot of times I get into stone and the stone kind of directs you,” he said. “I can only have a broad outline of what I want to do. Sometimes there is rot within stone that directs you which way to go. I learned that the hard way a long time ago.”

The project is a joint effort by the Sandpoint Arts Commission and the city of Sandpoint. Selected artists will be awarded a $1,000 honorarium to cover transportation and installation of the works. The new pieces will be installed after Aug. 30, following removal of the art works currently on display.

Elle Susnis, chairperson of the Sandpoint Arts Commission, said each submission was carefully considered before selections were made by the commission.

“The ‘Struggle’ piece is a person rolling a circle up a hill,” Susnis told the Reader. “I think that resonated with just about everyone at the Arts Commission and with people this year, what with all the struggles we’ve been through.”

Susnis said the “Green Feather” piece stood out because it was colorful and quite tall, at more than 10 feet.

When it came down to choosing Baranski’s piece, Susnis said the commission was intrigued by his attention to detail and design, as well as the nod to Native history in the area.

“The form of this one was quite nice,” she said. “Representing the human face with the eagle on top — we thought that was very fitting for our region. We always try to give preference to local artists, so when we have something really phenomenal like this, it just makes it easy.”

The city of Sandpoint is working with The Lakota Group to develop an Arts, Culture and Historic Preservation Master Plan to help identify opportunities and priorities for preservation of cultural arts and to shape and enhance the city’s character and quality of life. Public participation by the community is encouraged. To take part in these workshop groups, visit bit.ly/39jaL9Z to sign up and learn more.