Little to campaign for 2018 governor election

The 2018 gubernatorial election is already shaping up with Lt. Gov. Brad Little filing his candidacy paperwork this week. 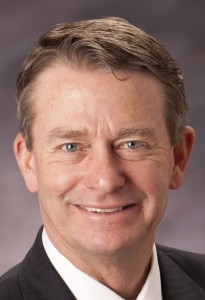 As Idaho Gov. C.L. “Butch” Otter’s second-in-command, Little is a former Idaho state senator and a mainstay in Boise politics. Long thought by Idaho political commentators to be the presumptive heir apparent to Otter’s administration, Little’s candidacy is hardly surprising, especially considering Otter has stated he will not seek another term as governor.

More curious is who will compete with Little for the top executive office in Boise. Conservative favorite Russ Fulcher, who vied with Otter in the 2014 gubernatorial election, has been mentioned as a possibility, as has U.S. Senator Raul Labrador.