Where to listen to some great music this weekend 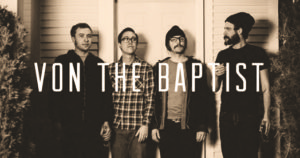 The 219 Lounge is rapidly transforming into a venue which hosts not just local music, but touring and regional bands as well. On Friday, they host a trio of Pacific Northwest rock bands; Von the Baptist, Van Eps and Trash Dogs, starting at 9 p.m. and going until midnight.

Spokane-based Von the Baptist has gained a broad-based following with their swirling psychedelic rock with dynamics that range from whisper quiet to ear-blisteringly loud. Max Harnishfeger wrote on the band’s Bandcamp.com page: “Patient and purposeful without feeling repetitive.”

The dynamic four-piece Van Eps has toured with influential acts such as Vince Neil, Hurt, Geoff Tate and the Ataris. The Seattle-based group draws influence from all across the rock spectrum, and their unique sound is often described as having a “classic feel” with a “modern edge.”

Also hailing from Seattle, Trash Dogs is reminiscent of ‘80s punk rock influenced by ‘70s country melodies. According to their website, the Trash Dogs have a “penchant for cheap beer and rock and roll.”

The Sandpoint-based trio of pickers and yellers affectionately known as BareGrass will throw down at Idaho Pour Authority from 5-7 p.m. These guys are always full of energy and good times, with a plethora of original songs. Check out their latest album, “Barrel Fire.”

Harold’s IGA is returning to MickDuff’s Beer Hall from 6:30 -9:30 p.m. If the weather holds out, they’ll play outside next to a roaring bonfire. This trio of Sandpoint misfits plays a long list of originals from their three albums. They also cover everything from Johnny Cash to Violent Femmes.

Ron Keiper plays at the Pend d’Oreille Winery from 5-8 p.m. Ron plays one of the best jazz saxophones around with a mix of originals and covers.

Montana-based The Teccas feature Scott and Kayla Tecca, a father-daughter duo playing country with a rock sound. Their songs and stories are entertaining and will not leave the listener disappointed. They’ll be playing at the Beer Hall from 6:30-9:30 p.m.

Truck Mills is widely known as one of the best blues guitar players in town. His prowess on the electric, the arch-top and the lap steel is something to behold. He’ll be playing at IPA from 5-7 p.m.

The Cole Show will play at Arlo’s Ristorante during the dinner hours starting at 6 p.m. The Cole Show features a contemporary mix of jazz, blues, rock and funk.