It’s been a long time coming, but the Idaho Legislature may be preparing to take action on the state’s controversial faith healing laws in its 2017 session.

The Children at Risk-Faith Healing working group, a task force purposed with investigating the impact of faith healing on children, announced it is taking testimony from the public on the controversial issue. The hearings will take place at the Idaho State Capitol  from 9:45 a.m.-12:30 p.m. on Monday, Oct. 10. 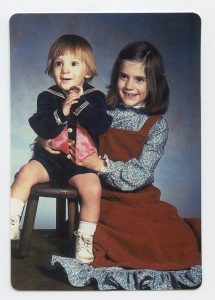 Catherine (right) and Matthew (left), the children of Rita and Doug Swan. Matthew passed away after emergency brain surgery. Rita Swan is now president of Children’s Healthcare Is A Legal Duty, which advocates for the overturning of exemptions to faith healing. Courtesy photo.

“This is a complex issue,” Sen. Marv Hagedorn, R-Meridian, said at an August meeting of the working group. “… I don’t know yet where we’re going to go with this.”

At the center of the debate are state statutes protecting Idaho parents from prosecution for illness, injury or even death to children resulting from withheld medical care for religious reasons. Child welfare advocates argue that no matter the parents’ religious beliefs, they have no right to withhold necessary medical care from their children.

“Idaho should repeal all four of its religious exemptions pertaining to medical care of sick and injured children,” said Rita Swan, president of Children’s Healthcare Is A Legal Duty, or CHILD. “Such a repeal will send a message that Idaho values all of its children.”

However, members of Idaho religious sects that practice faith healing, particularly the Followers of Christ, contend that principles of religious freedom are at stake. When the Children at Risk working group met in August, Idaho Followers of Christ member Dan Sevy argued that he has a religious right to determine what is best for his children.

“I have all faith in prayer and the results it gives, even though sometimes we don’t like the results,” he said. “We believe pharmaceuticals and medicine are from Satan. That is our belief and use it to condemn no one but ourselves.”

Pivotal to the discussion are proven instances of child maltreatment or death due to faith healing. According to an annual report by the Idaho Child Fatality Review Team, a survey of 2013 turned up five confirmed cases of infant fatalities directly related to religiously motivated withholding of health care. Over three annual reports, the team has confirmed 10 cases in total. However, due to a flawed reporting method, there may well be more, the report indicates.

“Since Vital Statistics does not compile the number of deaths in this category, it is difficult to estimate the actual number of preventable deaths to children of religious objectors,” the report states.

Records kept by CHILD of Peaceful Valley Cemetery, the largest cemetery used by Followers of Christ, paint a more disturbing picture. Out of 113 people buried in the cemetery between 2002 and 2011, 40 are child graves. According to Governor’s Task Force on Children at Risk Chair Kirtlan Naylor, that is a child mortality rate 10 times greater than the statewide average.

“The Governor’s Task Force on Children at Risk has reviewed these matters and is concerned for the well-being and protection of Idaho’s children in circumstances where children have no voice in medical choice,” Naylor wrote. “Religious freedoms must be protected, but vulnerable children must also be appropriately sheltered from unnecessary harm and death.”

It is as yet unclear whether or not the Children at Risk working group will forward a recommendation to the Idaho Legislature for its 2017 session. While child welfare advocates have urged a vote to amend religious exemption laws for the past few years, the issue has so far failed to secure a full hearing in the Idaho Senate Health and Welfare Committee.

To read our full investigation into the past and present of Idaho faith healing, visit sandpointreader.com/suffer-the-little-children.