The 19-year-old legislative staffer who alleges she was sexually assaulted by Rep. Aaron von Ehlinger will be compelled to testify publicly before the House Ethics Committee on Wednesday, April 28, according to representatives who have been assisting the teen. 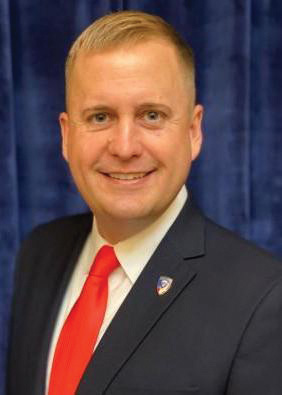 Members of the organization spoke during a press conference Tuesday morning, April 27, about the 19-year-old and the overall issues surrounding sexual assault.

The committee already asked the staffer to tell her story on April 8, and urged her to stop recounting the alleged assault because it was making them “uncomfortable,” according to transcripts of the meeting, which was held in an Idaho Attorney General’s conference room.

The committee provided the transcript and other documents April 26 to the Idaho Capital Sun, in response to a public record request.

Annie Hightower, director of law and policy for the Idaho Coalition Against Sexual and Domestic Violence, has been representing the woman through the investigation and said she learned late Monday night, April 26, that the committee would subpoena the staffer to testify. A subpoena has not yet been issued, but Hightower said it is expected and would likely come from the chairman of the committee, Rep. Sage Dixon, R-Ponderay.

The ethics complaint relates to von Ehlinger, R-Lewiston, and his alleged conduct. Earlier this month, the committee unanimously determined there was probable cause to release the accusations publicly and hold a hearing with evidence and testimony. The staffer is expected to be called as a witness during the hearing on Wednesday. It is unclear whether von Ehlinger himself will testify.

“As we’ve said before, and will continue to say, we take these claims against one of our members very seriously,” Idaho House Republican caucus leadership said in a joint press release. “The Ethics and House Policy Committee was created to handle allegations like this. We know our members are committed to a transparent and thorough process in order to make a fair determination of whether the conduct was unbecoming.”

Hightower said she argued to Dixon on behalf of the staffer that the testimony should be taken in a closed executive session, but the request was denied.

“She has consistently told the truth about what happened that night, we believe it should be her choice on whether or not to relive very traumatic events in a public forum,” Hightower said. “Our client deserved better.”

‘Maybe the committee’s getting uncomfortable too’

In the April 8 committee meeting, the young woman began to struggle to speak as she recounted the alleged assault and took a moment to regain composure.

“If you are uncomfortable at this point. … We don’t need you to proceed unless,” committee Chairman Sage Dixon said.

The staffer said she was “OK It’s just, it is so overwhelming,” and said she wanted to support the investigation.

“If the committee, though, doesn’t think you need to proceed because we do have the police report and your statement of some of those details later. We can [review them]. If that’s the committee’s will, I will say we can stop,” Dixon said.

The staffer said she didn’t want “anyone else feeling weird” but did continue to recount the alleged assault. She said there was a point when von Ehlinger got on top of her and put his knees on her shoulders and his groin in her face.

“And that was when I was saying no. And that’s when I know I had said no and I said I don’t want to,” she told the committee, according to the transcript.

“He was just doing. There was no asking,” she said, then continued to describe von Ehlinger’s alleged actions.

“I think maybe the committee’s getting uncomfortable too,” Dixon said.

Von Ehlinger has been under investigation for allegedly forcing the teen into oral sex, according to public records from the Idaho House of Representatives.

A police report included in public records obtained by the Idaho Capital Sun showed the staffer told police she repeatedly told von Ehlinger during the sexual assault that she “didn’t want to” and that it was “wrong.” The staffer told police they had dinner at a local restaurant, then stopped at his apartment, where she said she intended to wait in the car, but he opened the passenger door and told her to come up. She said she knew he carried a gun with him and it “made her nervous.”

According to the police report, the woman told her supervisor she had been raped by von Ehlinger. The complaint alleges von Ehlinger, 38, used his position and power as a representative to initiate the sexual activity.

According to an interview transcript, von Ehlinger said he took the staffer to dinner on what he considered a date and they went to his apartment. Von Ehlinger said the encounter was consensual.

Prior complaints about Von Ehlinger’s conduct with women

Von Ehlinger has asked other women who work in the Idaho Capitol building on dates as well, according to the documents, including a clerk and a security guard. He was also advised by Rep. James Holtzclaw, R-Meridian, that he should not flirt with or date anyone at the Capitol, in part because there is an “unspoken” hierarchy between representatives and staffers, and dating is inappropriate. That conversation came after Rep. Megan Blanksma, R-Hammett, said a lobbyist told her von Ehlinger made her uncomfortable at a reception and followed her to the bathroom.

The committee will have 30 days after the April 28 public hearing to make a recommendation to either dismiss the complaint or punish or expel von Ehlinger from the Legislature. If four of the five committee members vote to expel, two-thirds of the House of Representatives will also have to vote in favor of von Ehlinger losing his seat.

This story was produced by the Idaho Capital Sun, an independent, nonprofit online news organization delivering in-depth coverage from veteran Idaho reporters on state government and policy. The Idaho Capitol Sun is part of States Newsroom, a national nonprofit funded by tax-free donations in 22 states. Learn more and follow daily updates at idahocapitalsun.com and statesnewsroom.com.