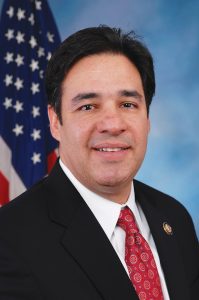 Labrador’s entry into the gubernatorial race will make it even more necessary for candidates to distinguish themselves from the rest of the pack in the run-up to the 2018 Republican primary election. Both Labrador and candidate Russ Fulcher have received support from Tea Party-aligned Republicans, with Labrador endorsing Fulcher for governor over Gov. C.L. “Butch” Otter in the 2014 primary election.

“[Labrador] said that I would ‘work to reduce our dependence on Washington, D.C., make the tax code more competitive, reduce regulation, and give Idaho the chance to fulfill its promise,’” Fulcher said in a news release. “I suspect he still believes that.”

Last week, Labrador made national headlines for telling an antagonistic town hall crowd that “nobody dies because they don’t have access to health care.” The Congressman received widespread criticism for the remark, with PolitiFact awarding the remark a “Pants on Fire” rating for inaccuracy. Labrador later clarified that he was referring to the Emergency Medical Treatment and Labor Act, which requires emergency rooms to treat anyone regardless of ability to pay. Critics of Labrador’s statement countered that emergency rooms don’t treat chronic conditions that require long-term medical care.

The town hall meeting’s contentious tone stemmed from Labrador’s support for the Republican health care replacement bill, which passed the GOP-controlled House last week and dismantles key aspects of the Affordable Care Act. The bill is expected to undergo major changes or a complete overhaul in the Senate.