If you asked a room full of musicians what inspired them to learn an instrument, some would probably say their love was awakened by a great piece of music.

Whether it’s a haunting orchestral score, a ripping guitar solo or a bass line that shakes something loose in your soul, music can leave a lasting impression on us. For the lucky ones, it spurs on the desire to learn to play an instrument on their own. 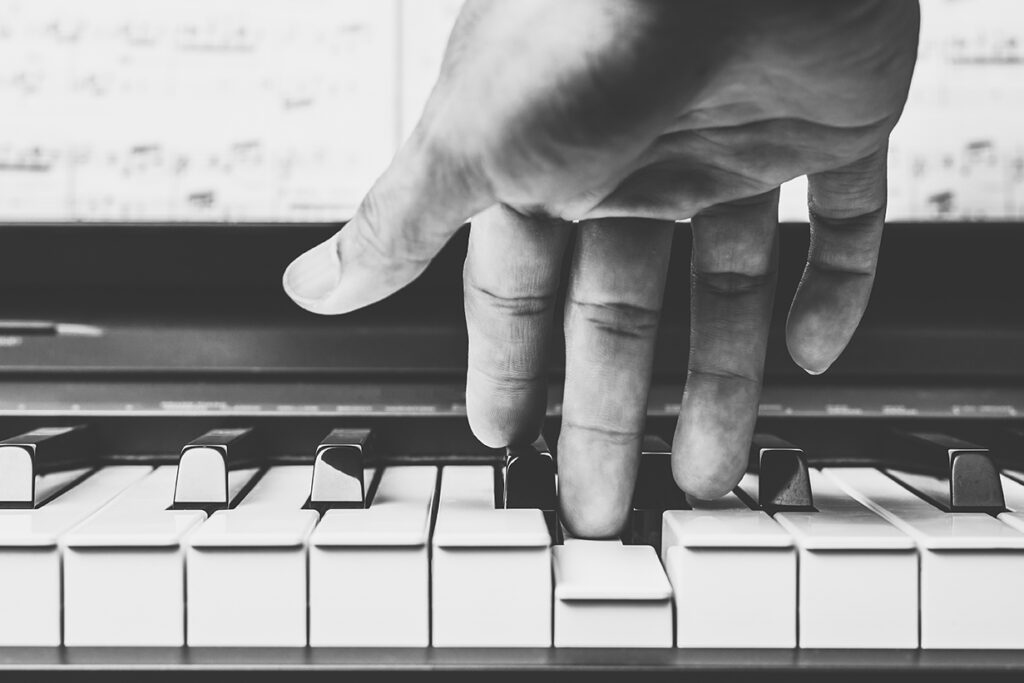 My gateway to musicianship was a Weezer song I listened to a lot when I was 14 years old. I’d lock my bedroom door, turn up “Say It Ain’t So” and play a broomstick guitar in the mirror, imagining I’d someday be playing a real guitar.

We had a fairly musical household. My oldest sister sang with the SHS performing choir. It was common to hear her muffled scales coming from upstairs as she rehearsed before an important recital. My mom was an accomplished accordion player in high school and lugged the sparkling gold beast out from its mothballed case every once in a while to make a spectacle of herself while playing some polka song. We had an electric Wurlitzer organ that I frequently fooled around with, never taking any lessons, but instead learning my own weird chords and patterns.

After I fell in love with alt-rock in the early ‘90s, thanks to bands like Weezer, Nirvana, Pearl Jam and the Pixies, I somehow conned my parents into buying me an electric guitar. I rarely played it, opting to use it for air guitar performances instead.

It would be another decade before I picked up a guitar to learn in earnest. I was living in Santa Cruz, Calif., in that awkward period after college when I was trying to figure out what to do with my life. I worked at Pebble Beach Golf Resort and commuted an hour each way from Santa Cruz, where I rented an upstairs room in an old farm house from a deeply religious couple who only charged me $50 per month.

They were nice people, but they liked to corner me, inviting me to dine with them while they chipped away at my heathen soul. As a result, I asked for more hours at Pebble Beach, then took a second job at another golf course in Carmel — anything to get me out of the house more.

No matter how much I tried, I still had to return home each night, where my landlords were waiting to save my soul in their own polite way. I needed a reason to spend more time alone in my room. I picked up a beat-up acoustic guitar and announced that I was learning to play. When dinner invitations were offered, I declined, saying I was in the middle of practice.

For months, I hid out inside the bedroom and slogged over that guitar, downloading tablature charts that explained finger positions for chords. I had no idea what I was doing, but little by little, I started making progress. I learned a half dozen chords and managed to switch back and forth between them. Later, I made it all the way through a song without messing up. I started to sing and play at the same time, which seemed like black magic in the beginning, but slowly became easier with practice. Before long, I was able to play and sing songs all the way through. I started learning more intricate songs with complex chords, still a novice in every meaning of the word, but I had jumped the first hurdle and was now in full stride, past the awkward learning phase and safely inside the “getting better” phase.

If not for that kind elderly couple and their proselytizing, who knows if I would have stuck with the guitar. By the time I had finally moved out, I had a skill that has stuck with me ever since. Today, as I play with my band at local bars, I’m sometimes amazed that I can play these songs after five shots of whiskey when they would have been absolutely unattainable back in that bedroom in Santa Cruz.

Playing an instrument helps monitor progress in life when it seems we’re all on the same treadmill, wading through our shared monotony. What was once insurmountable is now simple. What before seemed like magic is now ability.

The best part is, it’s never too late to learn an instrument. Yes, it’s easier for kids to pick up things like foreign languages and playing an instrument. Kids are growing new brain cells all the time, and when they’re learning music, some of those cells are devoted to playing their instrument. Adults, however, have to work with the brain cells they already have to create new connections between them. But that doesn’t mean it’s impossible. It just takes a little patience.

One of the most fulfilling moments in my musical journey happened a couple years ago, while I was sitting down at our upright piano playing that same Weezer song that started my love of music in the first place. When it came time for the guitar solo, I sounded out the notes on the piano and laughed as I realized it wasn’t that difficult. After 10 minutes, I had mastered the solo that seemed so impossible decades ago.

If you want to play an instrument, whether you’re 6 or 65, the first step is always the hardest. Go for it. It gets easier, I promise.