An alleged January confrontation between Rep. Heather Scott, R-Blanchard, and an Interfaith Alliance of Idaho board member resulted in the organization filing a complaint against her.

The letter of complaint, recently obtained by the Sandpoint Reader, claims that Scott clashed with Joseph Kibbe, an Interfaith Alliance board member and LGBT rights advocate. In a statement within the letter, Kibbe alleges that Scott took him aside and used homophobic language against him. When reached for comment, Scott sharply denied that she used any inappropriate language. 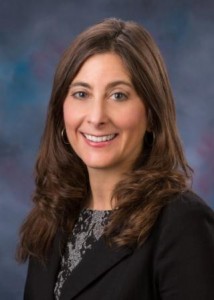 According to the complaint, the Interfaith Alliance organized a hallway demonstration outside a Jan. 14 anti-Islam presentation by Pastor Shahram Hadian in the Boise Statehouse Lincoln Auditorium. Kibbe said that while checking on demonstrators, he saw Scott engaging some of group’s young members. When Kibbe decided to stop the “escalating exchange,” Scott allegedly pulled him aside and into a corner.

According to Interfaith Alliance of Idaho board president Judy Cross, saw the “tense” initial interaction between Kibbe and Scott and watched her take him into the corner. However, the conversation that followed was heard only by the two of them.

“She then moved closer to me and began telling me about how we rape and harm people and I needed to come into the room and learn the truth how Muslims want to rape us, kill us, murder gay individuals,” Kibbe wrote.

Scott denies using any inflammatory language toward Kibbe, a position she’s maintained since responding to the Interfaith Alliance’s complaint. She said Kibbe’s allegations are an “outright lie” and that he has a record of exaggeration known by legislative leadership. Idaho Speaker of the House Scott Bedke, to whom the letter of complaint was addressed, did not return phone and email requests for comment on the incident by press time.

According to Cross, Interfaith Alliance of Idaho leaders decided at the time to quietly file a complaint.

“We didn’t want to make this a big issue at the time and mainly just wanted to get this on her record,” Cross said.

Cross said her main concern at the time was the safety of the demonstrators on both sides. She worried in the complaint that if someone had lost their temper, the situation could have escalated out of hand.

“Our intent in sharing this with you [Bedke] is not to make a big public issue of this, but to call to your attention, behavior which is unbecoming a Representative of the people of the State of Idaho,” Cross wrote in the complaint. “Had this been directed at someone less able to maintain composure, the scene could have become very serious, and even violent.”