Idaho joins the fight to ban the Confederate flag

You can attempt a rebel yell, but it might not do any good. The Confederate Flag’s days may be numbered, at least when it comes to its display on public property. 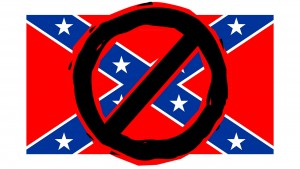 Following the tragic shootings in Charleston, S.C., public officials around the nation are calling for the flag’s removal on government sites around the nation. The Boise Weekly reports that Boise Mayor Dave Bieter is the latest in the trend, ordering the Mississippi state flag be removed from the city hall plaza.

The Mississippi state flag still prominently features the battle flag of the Army of Northern Virginia—the most enduring symbol of the Confederacy and for many a piece of racist iconography—in the corner of its design. Looks like changes are in order if Mississippi wants acknowledgments at Boise City Hall—unless it prefers to take its flag and go home. [CR]