Gov. Brad Little teased plans to return some of the state’s historic projected budget surplus to Idahoans next year during a speech Dec. 1 at the Associated Taxpayers of Idaho conference in Boise.

As is tradition for Idaho governors speaking at the tax conference, Little offered a brief preview of his agenda heading into January’s new legislative session but did not spoil his own State of the State address, which is scheduled for Jan. 10, the first day of the 2022 legislative session.

“This upcoming session, I will reveal my plans on how to give back to the people of Idaho yet another record budget surplus,” Little said during the 13-minute speech. ”I always have to look at this twice. It’s closing in on $1.6 billion — about 40% of our total budget.” 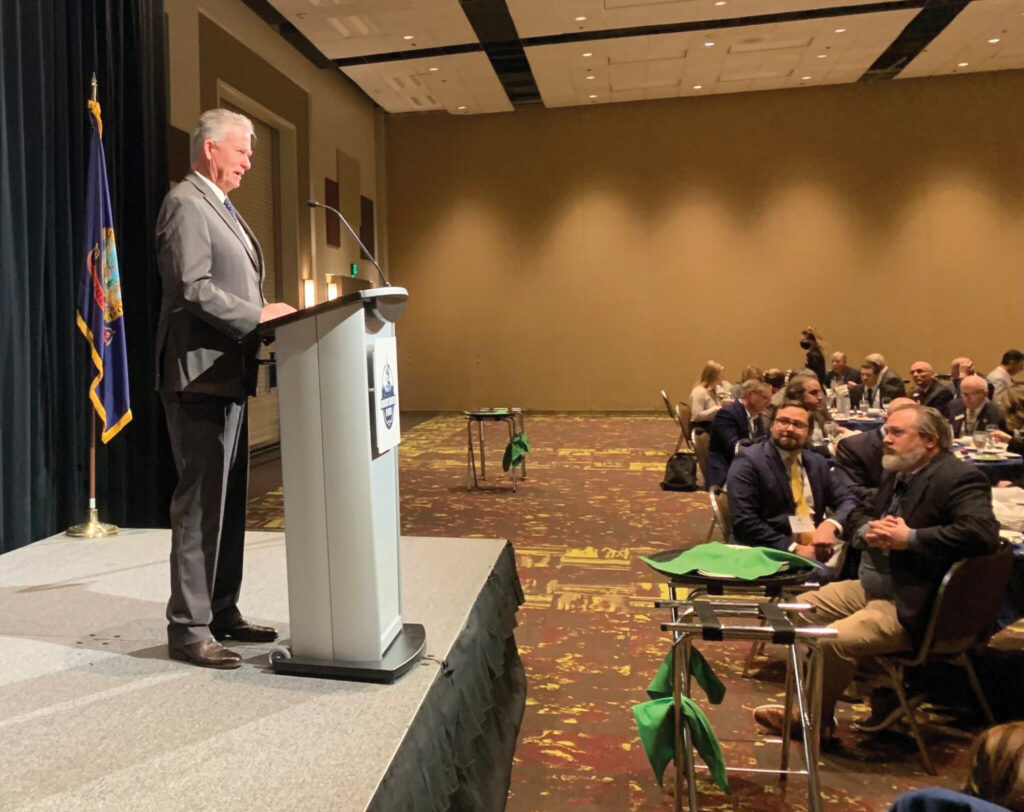 “My Leading Idaho Plan gives back more hard-earned money to the people of Idaho in the form of additional tax relief and continued investments in areas that impact our lives most — schools, roads and water,” Little said.

Throughout his speech, Little thanked business leaders and vowed to work together with legislators and organizations such as the Associated Taxpayers of Idaho during the upcoming session to provide property tax relief.

Little did offer a few specifics from his 2022 agenda, however. He said he is pursuing legislation that will freeze the base for Idaho employers calculating unemployment taxes, which according to the governor would result in a tax savings of $64 million for businesses over two years. Businesses pay this tax and it is collected by the Idaho Department of Labor and placed in a trust fund to be used to pay out benefits for the unemployed, and for other purposes.

During the speech, Little reiterated that literacy for young students is his top priority as governor and spoke about some of his highlights from the 2021 legislative session.

Little will be up for re-election in 2022. Although he has not officially announced his re-election campaign, he has raised nearly $825,000 in campaign contributions — more than any other gubernatorial candidate. Lt. Gov. Janice McGeachin, Ed Humprehys, Ammon Bundy, Lisa Marie, Cody Usabel and Jeff Cotton have all announced they will run for governor in 2022.

The Dec. 1 gathering marked the 75th annual Associated Taxpayers of Idaho conference. For many years the conference has been billed as the unofficial kickoff to each upcoming legislative session. Associated Taxpayers Of Idaho’s board includes executives from J.R. Simplot Co., Micron Technology, Agri Beef Co., Idaho Power, Blue Cross and Albertsons.