Arguments begin this week in an Idaho Supreme Court case over the state’s grocery tax, the outcome of which will resonate both statewide and locally. 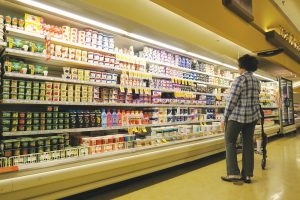 Scheduled for 11:10 a.m. Thursday, Rep. Ron Nate, R-Rexburg, and Idaho Attorney General Lawrence Denney will square off over the legality of the governor veto that killed the state’s grocery tax repeal. Should Nate, who leads the charge in a lawsuit backed by 30 Idaho lawmakers, prevail in court, it will overturn a nearly-40-year-old precedent on laws governing veto procedure and shift the balance of state government power in favor of the Legislature. It will also raise questions about the future of Sandpoint’s local option tax, which funds the Memorial Field reconstruction and derives around a third of its revenue from grocery sales.

The grocery tax repeal began as an Idaho House measure to curb the state’s income tax. It was later amended by the Senate to refocus tax relief toward a repeal of the state’s 6-percent grocery tax. It’s a measure supported by legislators across the political spectrum given the tax’s disproportionate impact on low- or fixed-income individuals. All District 1 legislators—Rep. Heather Scott, R-Blanchard; Rep. Sage Dixon, R-Ponderay; and Sen. Shawn Keough, R-Sandpoint—support the grocery tax repeal.

Gov. C.L. “Butch” Otter disagreed with the Legislature’s assessment. In April, he vetoed the repeal, claiming it would cost the state $80 million in revenue. His decision was influenced by Utah’s experiment with a grocery tax repeal, which he said resulted in unforeseen financial problems.

“Everyone benefits from some kind of government service,” he wrote in his veto message. “Everyone eats. The income derived from a tax on groceries helps to even out the more dramatic ups and downs in our state revenue stream so that government avoids disruptive and dysfunctional shortfalls and funding holdbacks needed to balance the budget.”

It wasn’t long before Nate’s coalition of 30 legislators, including Scott and Dixon, filed suit, claiming Otter’s veto arrived after a 10-day deadline from the adjournment of the Legislature. Otter, meanwhile, is relying on a 1978 Idaho Supreme Court precedent, Cenarrusa v. Andrus. In that case, the court ruled that the deadline countdown starts from the moment the bill hits the governor’s desk. According to the Spokesman-Review, the court reasoned that the Legislature could avoid a veto by simply not delivering a bill within the 10-day requirement.

“In essence that’s the question: When does the clock start ticking?” said Keough.

“It’s a different court now, so (the outcome) is really anyone’s guess,” she added.

All three District 1 legislators maintain their support for the grocery tax repeal. However, they have different expectations for the outcome of the Idaho Supreme Court’s decision.

“I would expect the Supreme Court to uphold the Idaho State Constitution and not allow the veto,” said Scott.

As for Dixon, he is confident that the Idaho Constitution is on their side. However, he isn’t as so sure the court will rule in their favor. He envisions several possible outcomes for the case.

“If the ruling were to be based purely on a reading of the Idaho Constitution, I would expect a verdict supporting the plaintiffs,” he said. “However, politics plays a role in even the judicial branch, and, due to some prior circumstances, I will not be surprised if the ruling goes against the plaintiffs. Another possible outcome is for the Court to rule in favor of the Secretary of State, but give direction that, going forward, the interpretation of the law will be strictly held to the wording of the Constitution.”

Sandpoint city officials are watching the case closely, as a victory for Nate could mean the repeal of the grocery tax. That spells trouble for the city’s local option tax, which is tied to the state sales tax and receives around a third of its revenue from grocery sales.

Passed in November 2015, the local option tax is an additional 1-percent charge on all retail purchases made within the city of Sandpoint. The tax was presented by the city as the last realistic funding source for the aging Memorial Field grandstands, which had hitherto relied on patchwork repairs to keep it in service for sporting events, high school graduation and the Festival at Sandpoint. Since its passage and first year of operation, city officials said the local option tax was generating more revenue than expected and could eventually fund additional parks projects.

Scott and Dixon believe the value of removing a regressive tax on a basic human necessity like food is worth the inconvenience to the city. Given the local option tax’s better-than-expected revenue, Dixon is certain there are alternative funding avenues to explore.

“I am confident the city can complete Memorial Field without grocery tax revenue if they are truly committed to the project,” he said.

Likewise, Keough sees a possible path toward resolving the city’s problem. She said city officials contacted her during the 2017 legislative session about their concerns with the bill. However, by the time she fully understood the issue, the bill was already on its way to the House. Nevertheless, if the court rules in favor of the legislators, the repeal is set to be phased in. Keough said it’s likely the city’s local option tax can be grandfathered in through subsequent legislation.

“Because the bill doesn’t go into effect right away, in either case, there’s still time,” she said.