The ballots submitted by the Republican speaker of the House and the Democratic leader of the House will probably look very different this year, but there is one spot where they will look the same. We are both voting “yes” on HJR 4, and we encourage you to do the same.

The constitutional amendment HJR 4 might seem complicated but it’s really a very simple change. Idaho has had 35 legislative districts since the 1990s, but our constitution currently allows that number to be set as low as 30 districts. This is a census year, which means that next year a redistricting commission will meet to draw new lines for our congressional and legislative seats, and those lines will be in effect for the coming decade. HJR 4 simply fixes the number of districts at 35, eliminating the possibility that the number of districts will be reduced. Why is this a good idea?  Because more legislative districts mean smaller districts, and that means Idaho’s people will have closer contact and easier access to their legislators.

We’d like to put to rest some of the fears and counter-arguments we’ve heard:

No. 1: “HJR4 will lead to gerrymandering!” No. Idaho’s district lines will still be drawn by a balanced commission that must reach bipartisan agreement on any new map, as required by our constitution.

No. 3: “HJR4 is a scheme by the Republicans/Democrats to disadvantage the Democrats/Republicans.” No. There is nothing partisan about HJR4, and during the 2020 session it passed with overwhelming support from legislators of both parties. It just keeps districts smaller so it’s easier for legislators to stay in touch with constituents. 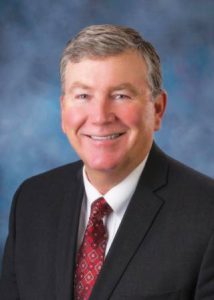 No. 4: “There’s no urgency to act on this right now.” We disagree. District lines will be drawn in 2021. This 2020 election is our last bite at the apple before districts are set for 10 years. At 35 districts, there would be about 51,000 people per district. Without HJR4, we could end up with 30 districts, with 60,000 people per district, a substantial increase that reduces access to representation. If that were to happen, we couldn’t fix it for a decade. The only way to ensure that doesn’t happen is to pass HJR4 now.

No. 5: “We don’t need to pass this because the commission would never choose to reduce the number of districts.” We’re not so sure of that. Moreover, It’s not necessarily up to the commission. Many maps are thrown out by courts, which could decide that the number of districts must be reduced to accommodate various criteria set in case law (e.g. you’re supposed to keep counties intact, keep communities of interest together, etc.). HJR4 is the only real assurance that we won’t end up with reduced representation.

In short, there’s no Trojan horse that will be sprung on Idahoans if HJR 4 is approved by the voters. Idaho is the one of the fastest-growing states in the nation, adding 230,000 people since the last redistricting in 2011. We’d hate to see this larger population get fewer representatives than they have now. Our goal is simply to ensure that Idahoans are represented in the legislature by elected representatives they can readily access — people who share their streets, neighborhoods and businesses. Setting the number of legislative districts at 35 will advance this goal. We hope you’ll join us in voting “yes” on HJR 4.