Good stuff that happened in 2017

It’s easy to get caught up in the negative news cycle of the modern age. Every day seems to be fraught with peril and doom, and there often seems no end in sight.

While many have focused on that which divides us, here are a collection of stories from 2017 that show humanity has not fallen to darkness. 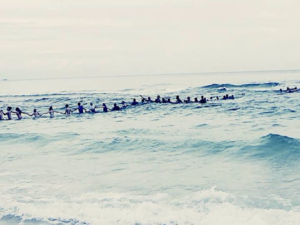 A human chain of 80 people helped save a family from drowning in Florida.

After two young boys were swept away by a riptide in the waters of a Panama City, Fla., beach in July 2017, their parents and relatives jumped in to rescue them. When the relatives became trapped by the strong current, others swam out to rescue them. Eventually, 80 people formed a human chain from the beach to pass the exhausted swimmers back to safety, according to the Washington Post.

“To see people from different races and genders come into action to help TOTAL strangers is absolutely amazing to see!!” bystander Jessica Simmons wrote on Facebook.

Thanks to the efforts of the heroic bystanders, nobody lost their lives that day in Florida.

ALS, or “Lou Gehrig’s disease” is a lethal disease where motor nerve cells in the brain and spinal cord are damaged and killed by the body’s glial cells. Those suffering from ALS endure atrophy, paralysis and eventually death from respiratory failure.

Thanks to money raised from the “ice bucket challenge,” where people doused themselves with buckets of ice water for donations, Israeli scientists at Ben-Gurion University found a way to stop the increased activity of glial cells, restoring the nervous system’s immune defenses and increasing life expectancy, the Times of Israel reported.

“This could also have major implications on the life expectancy of other neurodegenerative disease patients with Alzheimer’s and Parkinson’s,” said Dr. Ora Horovitz, the senior VP of business development at BGN Technologies.

When 16-year-old Carter Wilderson tweeted to Wendy’s a request for free chicken nuggets, he never could’ve predicted his tweet would become the most retweeted of all time. The tweet passed up Ellen DeGeneres’ Oscar selfie with a smattering of A-list stars.

In answer to the amazing response on the internet, Wendy’s obliged and granted him a year of free chicken nuggets.

“You’ve more than earned our respect … and the nuggets,” Kurt Kane, the chief concept and marketing officer for Wendy’s Company said in a statement to the New York Times.

Wendy’s also donated $100,000 to the Dave Thomas Foundation for Adoption which Wilkerson asked his own followers to donate to.

The flight transported the four-legged passengers from Houston to San Diego, where the Helen Woodward Animal Center found them new homes.

Republican and Democratic Congressmen take road trip to D.C. together after getting stranded 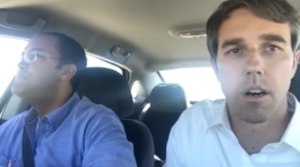 U.S. Rep. Will Hurd (R-Texas), left, and Rep. Beto O’Rourke (D-Texas), right, road tripped to D.C. together after being stranded by a snowstorm. The two opposing political representatives turned the opportunity into a town hall, answering questions via livestream.

When a blizzard hit the east coast, U.S. representatives Will Hurd (R-Texas ) and Beto O’Rourke (D-Texas) were left stranded in Texas, unable to reach Washington, D.C., by plane in time for an important vote. So, they rented a car and drove the 1,600 miles together.

The Congressmen on opposing sides of the aisle decided to turn their trip into an informal town hall, accepting questions via livestream and talking about important issues face-to-face in a way rarely seen in this divisive political climate.

In 2017, RenovaCare invented a device called the SkinGun that sprays victims with their own stem cells. These cells help the damaged skin regrow with no scars, which is a major improvement on current burn restoration techniques which often leave behind obvious scarring.

The device awaits FDA approval, but has already proven successful in trials both in the U.S. and Germany, according to Newsweek.

A man identified only as “Charlie K” came to a New Jersey Toys ‘R’ Us to get some Black Friday shopping done. Instead of purchasing just a few items for his family, he decided to pay for all 350 layaway orders – a total of over 8,000 toys – and asked everyone in the store to pick out three toys to be donated to Toys for Tots.

“I’m trying to bring some happiness to people, to the community that brought happiness to me and my family,” the man told CBS News. “I love this community, and I am trying to provide back to it.”