Giving the gift of music

Over the past decade, Kateyln and Laurie Shook have hosted an annual Giving Thanks performance at the Panida Theater, where their band Shook Twins plays a special show including many of their favorite local musicians. The show has become a waypoint for many in Sandpoint to usher in the holiday season, with many performances in the past filling the theater to its capacity. The show will go on this year, but with a slightly different format due to COVID-19. 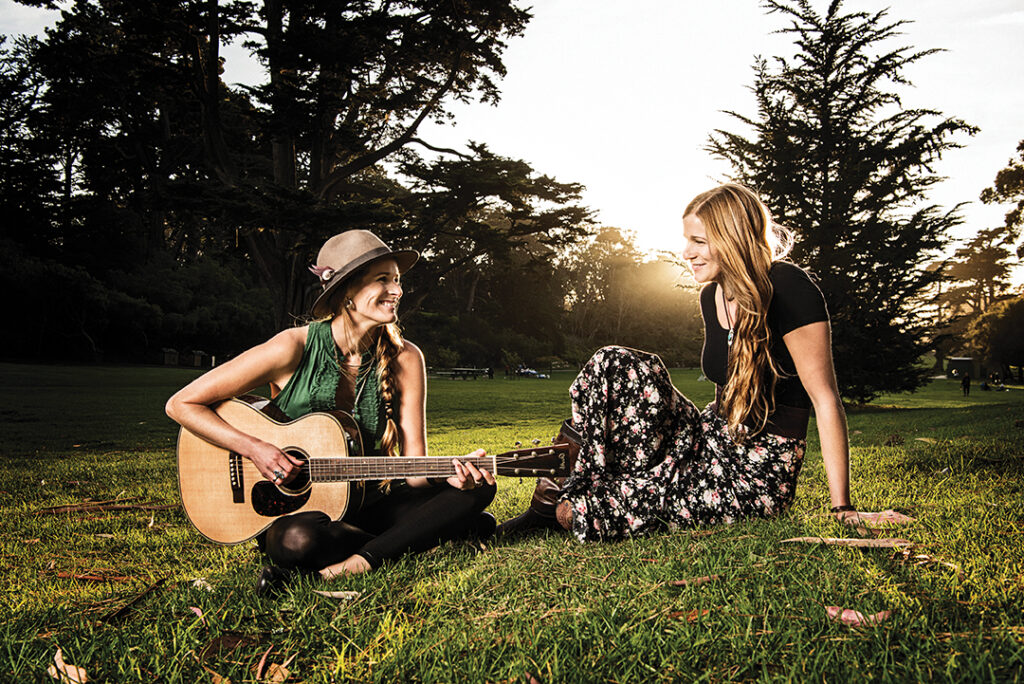 The Giving Thanks show will be recorded live Thursday, Nov. 19 at 7 p.m. on the Panida main stage in front of an exclusive audience of 50 people. Only 30 tickets will be sold to the public, so check panida.org soon to get tickets. All profits from the fundraiser show will be donated right back to the Panida.

Sandpoint regular John Craigie will join Shook Twins on stage, and will also perform a solo set. Craigie’s brand of comedy/music has enthralled Sandpoint audiences for years, with many of his Sandpoint shows selling out in the past.

Also joining Shook Twins will be Sandpoint’s own Justin Landis, who has played with numerous bands in the Sandpoint and Spokane music scene. There will also be a song by Harold’s IGA and another by Sandpoint’s Josh Hedlund to round out the performance.

Katelyn Shook told the Reader that donating all profits to the Panida is a choice the band made to help the community theater weather the economic impact of the global pandemic.

“We always like to say this is our favorite show of the year,” Katelyn said. “Usually this show helps us fill our cup emotionally. It’s so fulfilling every year. This year, it’s going to help fill the Panida’s cup, because the Panida is our favorite venue ever to play. It’s very special and nostalgic to us. It’s been with us all along our performing lives.”

The online premiere will be free to watch, but the audience is encouraged to donate through PayPal or Venmo to help raise funds.