Despite a defeat in last month’s primary election, Terry Ford is hoping the second time might be the charm.

The sheriff’s candidate announced this week he is running as write-in in the November general election against incumbent Sheriff Daryl Wheeler. According to Ford, his concerns about the state of the Bonner County Sheriff’s Office are too great to ignore, the long-shot odds of a write-in campaign notwithstanding. 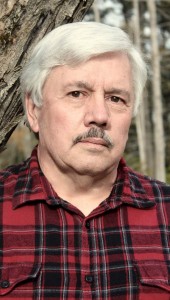 “It’s time to bring honesty and integrity back to the sheriff’s office,” Ford said.

Ford said that troubling signs within the sheriff’s office continue to go unaddressed. Chief among them is the phony website Wheeler’s former undersheriff, David Hale, created to represent Ford. An incident under investigation by the Idaho Attorney General’s Office, the website scandal resulted in Hale’s resignation but has prompted no other comment from Wheeler.

According to Ford, the volunteers that helped manage his primary election campaign are back for the write-in effort. The original team is bolstered by some newcomers who identified with his campaign message during the primary.

Ford hopes the general election, buoyed this year by a high-profile presidential election, will turn out voters that stayed home during the primary election. He also noted that his primary campaign achieved bipartisan support, but only Republicans could vote within the closed system. The open general election may shift some of those numbers his way, he said.

If elected, Ford aims to focus on drug use and trafficking, which he said is a major source of local crime. He’s also concerned about reports of crime not being investigated in a timely or thorough manner and said he will prioritized reform. Finally, he promises strong relationships with local schools and an open door policy at his office.

“My record as an Idaho State Police officer for over 25 years in northern Idaho stands on its own merit,” he said in a press release. “It would be an honor to serve you for the next four years, as your sheriff.”