Science, actually. Detoxification is the physiological or medicinal removal of toxins from a living organism, and for the purposes of today, we’ll assume we’re talking about the human body.

Toxins are compounds we can’t use. Sometimes they are the byproduct of metabolism and sometimes the byproduct of xenobiotic metabolism (when our bodies try to process foreign things, like medicine or PCBs). Technically, even eating organic and karmically produced broccoli will result in a toxic load on the body. 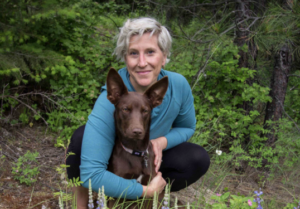 It is no surprise we’ve evolved with livers. Whether a divine being knew we’d have to contend with McDonald’s or we’ve just perfected our internal recycling and waste system as a series of chaotic and serendipitous events, I cannot say. But I can say this: scientists have identified literally hundreds of different functions executed by liver cells. Try to take care of yours. On a scale of Brain to Appendix, it’s relevance for survival leans heavily toward the former.

Among these many functions, several are related to enzymatic activity that happens within a cell wall, taking a compound that is not useful to the body (and thus potentially harmful), making it less harmful with various other fancy words like “cytochrome P450 oxidases,” then shipping it out via the kidneys (urine), intestines (bowel matter), skin (sweat), and lungs (breath).

You’ll note that we’ve seen hundreds of detoxification programs, from Scientology’s “Purification Rundown” to herbal teas titled “Detox.” The science behind these programs is limited to non-existent (whereas the lawsuits chasing down the Church of Scientology are not), but there is science-based evidence to support the use of certain compounds in improving the body’s ability to detoxify.

These are compounds like anti-oxidants, flavonoids, Omega-3 fatty acids, and others that increase our body’s ability to detoxify and to manage the inflammatory response to such toxins.

In fact, studies show that healthy nutrition helps reduce our toxic load, such as limiting exposure to Persistent Organic Pollutants (POPs). These are pollutants that we can be unwittingly and chronically exposing ourselves to that build up in the system, cause an inflammatory cascade, and are correlated highly with disease (see: PCBs and cancer).

Additional research tells us that those with diets rich in fiber, flavanoids, and Omega-3s have a reduced negative impact of exposure to environmental toxins.

Further studies also tell us that adipose tissue indeed stores environmental toxins, and losing weight redistributes and reduces the concentration of those toxins. This is a common claim of detox protocols: we’ll ‘release’ toxins through fat loss and into the blood stream, therefore feeling worse.

There is evidence to support the former, but I haven’t seen peer-reviewed studies on “perception of misery while cleansing and elevation of environmental toxins in blood.”

Having done just about every detox, cleanse, and fast available on the planet – except that Scientology hoohah – I’m well aware of how much they initially suck. Life is always better with cookies. But are the detoxes and cleanses necessary? Or are these products just a placebo at which we throw our money?

Yes and no. Since studies show us that these compounds do aid the liver in doing some of its important jobs, consuming more of them could aid in detoxification and reduce inflammation (the leading cause of disease). And yet, our body will do its very best to detoxify all day, every day regardless of whether you drink that cup of Yogi tea or not.

The question for us then is this: Can we mitigate the need for detoxification ‘protocols’ by simply eating well? I would argue, in most cases, yes. Those beneficial compounds are readily available in clean food sources and a diet rich in fruits and vegetables. Equally, it could be argued that our environmental toxin exposure is much higher than evolution ever planned for, and thus some extra turmeric might just suit us fine.

In the mean time, just eat your vegetables. Your body knows what to do.

Ammi Midstokke can be reached at [email protected]