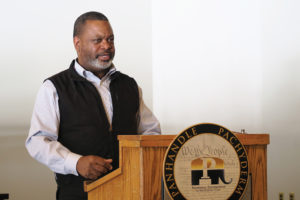 The current prohibition of cannabis is wrong because it offends the concept of free will and minimal laws to orthodox Christians, is rooted in a history of racism, is largely based on bad science and is no longer supported by the American people.

Christian Thought on Free Will and Minimal Laws

Christianity teaches that individual persons must be accountable for their actions. It is my opinion that the Holy Bible and the great Christian theologians such as Saint Augustine encourage political leaders to balance public morality with respect for the legitimate freedom that is given by God, not secular government.

As explained by Peter King of the University of Toronto, in Saint Augustine’s “On the Free Choice of the Will, On Grace and Free Choice, and Other Writings,” Augustine “holds that…it is better for there to be a world in which there are beings with free choice of the will, even at the cost of genuine moral evil, than a world in which there is neither.”

“God willed that man should be ‘left in the hand of his counsel,’ so that he might of his own accord seek his Creator and freely attain his full and blessed perfection by cleaving to him.” (1730).

The Christian God does not force us to seek and love him, but leaves it up to us to freely choose. In my opinion too often, autocratic politicians and clergy quoting biblical teachings support civil laws that attempt to unjustly interfere with the exercise of free will.

While there are other comments from the Catholic Church and other Christian thinkers talking about the dangers of cannabis use, most of these rest upon the concept that “ingesting small amounts” of cannabis is drunkenness. This is simply not true. People have vastly different reactions to the same amount of cannabis, and cannabis itself encompasses a broad variety of potencies just like alcohol.

In truth, ingesting small amounts of low-grade cannabis can be exactly like drinking a glass of wine or a can of beer. It is my opinion that if alcohol is legal and can be consumed ethically by Christians, then cannabis, having similar health risks, should be treated equally under the law and considered morally acceptable by Christians.

Cannabis Prohibition is Based on Racism

Many Catholic Mexicans fled to America to escape the anti-Christian socialist Mexican Revolution of 1910-1911 and brought with them their practice of smoking cannabis recreationally.  They called what was then known in American as “Indian Hemp,” by the Spanish word “marihuana.”

After the prohibition against alcohol ended in 1933, Harry Anslinger, the first commissioner of the Federal Bureau of Narcotics, needed another “menace” to justify his department’s existence. Anslinger choose to demonize hemp and began to popularize the Spanish word marijuana to describe Hemp in a way to make it sound more “foreign.” He further stoked fear in Americans of European descent by suggesting that cannabis was primarily used by blacks and Latinos and was violence-inducing and the reason for interracial mixing and relationships.

In the early 1900s, there were no federal or state restrictions on the sale or possession of cannabis sativa linneaus. Hemp fiber from the cannabis sativa L. plant, which has less than 1 percent THC and is thus non-psychoactive, was used to make clothes, paper and rope. One piece of junk science is that current American laws do not recognize the difference between cannabis sativa L. with high amounts of THC and the version which does not. At the state level cannabis was first outlawed in Utah in 1915, and by 1931 it was illegal in 29 states.

In the 1930s Harry Anslinger gave speeches, gave testimony and participated in the writing of articles that regularly contained racist themes as part of his anti-cannabis campaign. In 1937, Anslinger testified in front of Congress that “colored students at the University of Minnesota (were) partying with (white) female students, smoking (marijuana) and getting their sympathy with stories of racial persecution. Result: pregnancy.”  Another statement often attributed to Harry Anslinger is, “Reefer makes darkies think they’re as good as white men.”

According to a National Survey on Drug Use and Health conducted by the Substance Abuse Center for Behavioral Health Statistics and Quality from 2015 cannabis is the most commonly used illicit drug in the United States.

Adults using cannabis are between 9- and 30-percent likely to develop addictive behavior. Yet the numbers of deaths caused by the consumption of cannabis are effectively too small to be measured. The Drug Enforcement Administration concedes that “…no death from an overdose of marijuana…” has ever been reported.

Even conservative organizations which continue to support the prohibition of cannabis such as the Family Council reported they could find fewer than 300 deaths in which cannabis “contributed.” This means more people die by being struck by lightning than die from deaths involving cannabis.

The Center for Disease Control reports that “excessive alcohol use is a leading cause of preventable death.” It reports that alcohol use accounted for approximately 88,000 deaths per year from 2006-2010, and one in 10 deaths among working-age adults aged 20-64.”

Finally in June, after many years of formal clinical testing, the United States FDA approved cannabidiol, a major component of cannabis, for the treatment of two rare forms of epilepsy.

Every argument that can be made for the prohibition of cannabis applies equally well or better to the prohibition of alcohol. We know how much of a failure Prohibition was. Indeed, if you consider the social harm inflicted by the two drugs, one can easily argue that current policy has it precisely backward: Alcohol should be illegal, and cannabis should be legal.

As pointed out in a revised June 2018 report by the National Institute of Drug Abuse, cannabis is far from harmless. And adding another legal intoxicant to our society is not without its concern. But it is my opinion that the current prohibition is causing more harm than the decriminalization, and regulation of cannabis.

Americans have come to support the end of the prohibition of cannabis. In recent years, 10 states and Washington, D.C., have legalized the recreational use of cannabis; this includes Oregon and Washington to the west. Thirty states now allow some form of medical cannabis use, including Montana to the East and Utah to the South. Utah!

A Gallup poll showed that 64 percent of Americans, in general, favor the end of cannabis prohibition. This includes 51 percent of Republicans, 72 percent of Democrats and 67 percent of independents. Forty-seven states have passed some form of cannabis decriminalization.

On April 11, Republican President Donald Trump told Senator Cory Gardner of Colorado that he would “support congressional efforts to protect states that have legalized marijuana.” Republican Senate Majority Leader Mitch McConnell announced he would introduce the Hemp Farming Act of 2018. It would expand the experimental hemp production allowed under the 2014 farm bill, removing hemp from Schedule I controlled substances and making it an ordinary agricultural commodity.

Idaho is one of the last two states with no cannabis decriminalization law of any kind. Our Idaho State elected Representatives should heed the bipartisan will of the citizens of the Great Gem State and take the lead in ending this failed legacy of America’s racist past.

Alex Barron was born in the crime-ridden inner city projects of Chicago. After spending a great amount of time overseas serving with the U.S. Navy, he now lives with his children in northern Idaho. Alex blogs from a paleoconservative perspective promoting Judeo-Christian values, classic Western Civilization and individual rights. His blog is the CharlesCarrollSociety.com.