In Shakey, Jimmy McDonough’s massive 750-page biography of Neil Young, he described the moment when Young bailed on Crosby, Stills, Nash and Young midway through a 1976 tour. The soon-to-be solo rocker told his bus driver to turn off the interstate and head toward the Memphis airport while the rest of the band’s caravan continued on to a gig in Atlanta. 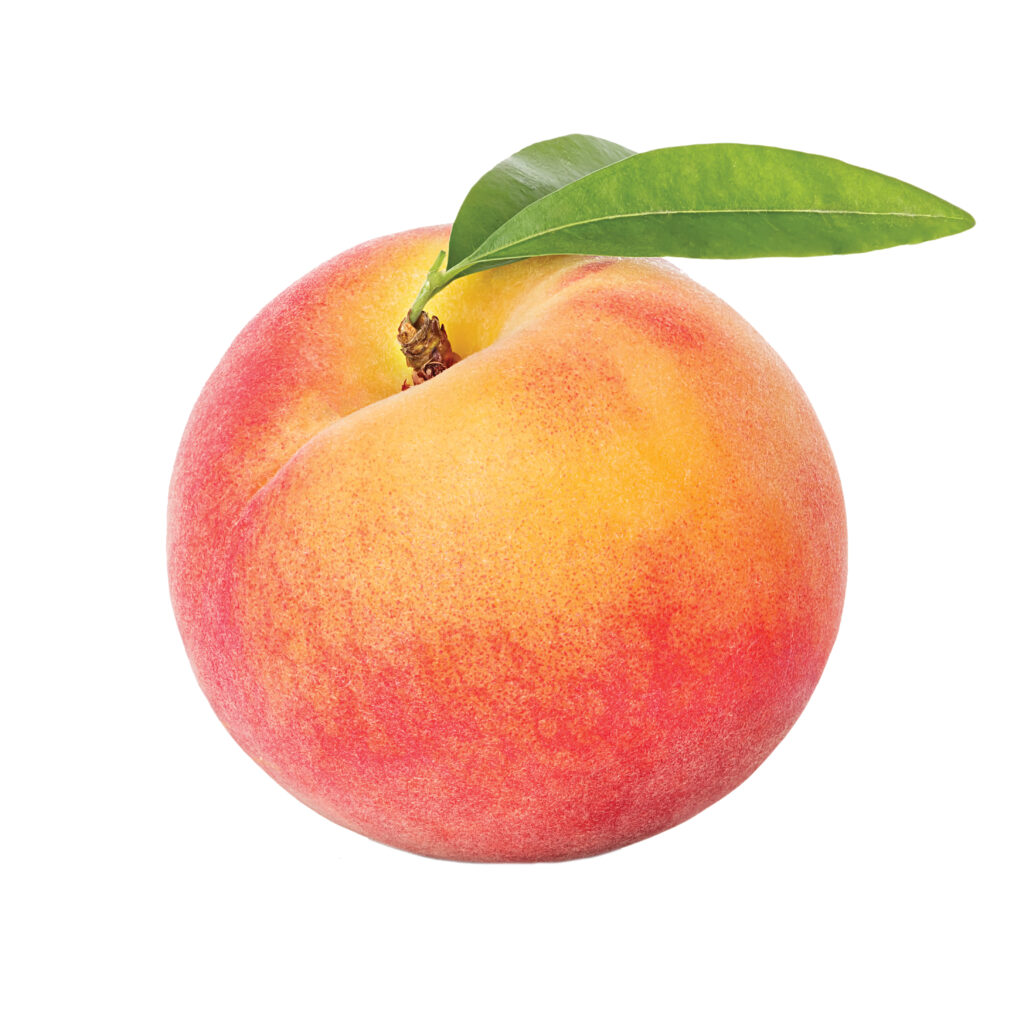 By way of explanation, Neil penned a note to bandmate Stephen Stills: “Dear Stephen, Funny how some things that start spontaneously end that way. Eat a peach, Neil.”

The pithy sendoff was perhaps Young’s way of telling his former bandmates to eff off without being too much of a jerk. Or perhaps, like me, he was a fan of fresh peaches and wanted to encourage his friends to take advantage of the delectable fruit.

Each summer, Cadie and I declare one fruit to rule them all. One year, it was the “summer of the pear,” thanks to so many juicy bartletts, boscs and Anjous, which melted in our mouths as only ripe pears can. Another year, the “summer of the cherry” poked its head out, offering bings, blacks and Rainiers in delicious proportions, staining our fingers deep red.

But, more often than not, we declare the “summer of the peach” as the all-time winner. There is no other fruit that symbolizes summer more perfectly than the noble peach.

First cultivated in China more than 8,000 years ago, the mighty peach is related to plums, apricots, cherries and almonds. They are loaded with vitamins, fiber and antioxidants, which help prevent aging and disease. If you peel off the skin, you’re giving up many of these nutrients.

When first encountering a ripe peach, I like to place the fuzzy skin under my nose and fill my lungs with the aroma. The first bite is almost overwhelming. The juice fills your mouth and runs down your chin onto the ground. The taste is sweet and slightly tart, varying slightly between varieties and flesh colors.

A common stance for eating a peach is bending over at the waist with both hands holding the succulent morsel out about a foot from your chin as the juices cascade down and splatter the sidewalk or grass beneath your feet. Then, after devouring it to the stone pit, you jump immediately into the nearest body of water to wash off all the nectar before the ants come to carry you away. Rinse and repeat.

There are dozens of varieties of peaches, which are considered drupes, or stone fruits. They are separated among three different categories. Freestones contain pits that are easily removed and have firmer flesh, making them most often found in grocery stores because they have a harvest period that starts early and ends late.

Clingstones have flesh that clings tightly to the pit. They are sweeter and juicier than freestones, making them good for canning and desserts. The flesh is usually yellow with red flecks near the stone. You’ll find clingstones most often in farmers’ markets and fruit stands nearer to mid-season, but rarely in stores.

The final peach category is semi-freestone, a hybrid between the others in which the pit stays partially attached to the inner flesh. All categories have both white and yellow flesh varieties.

Popular varieties include Babcocks, early ambers, Arctic supremes, belle of Georgias and the juiciest of them all, Elbertas. Donut, or Saturn, peaches are flatter, shaped like saucers and have a slightly different sweetness than their brethren. They look like someone sat on a peach and slightly squashed it. Nectarines are actually a genetic mutation of peaches that do not have fuzz on the skin.

A great place to find peaches is our very own “Peach Guy,” located next to the Schweitzer Conoco in Ponderay. These wonderful people sell peaches, cherries, sweet corn and other produce every summer. Catch them every Thursday-Sunday through the summer, but they sometimes sell out by Sunday, so don’t delay when stocking up for the week. You can buy a whole box of peaches for a reasonable price and eat them like a glutton or one at a time. No judgment here.

These hot months are the only times during the year we can eat fresh peaches to our hearts’ content. Canned peaches just don’t taste the same, and frozen slices are lacking that perfect texture.