Planning ahead for the 2020 general election

Peel back the theatrics of the special session of the Idaho Legislature and the core issue of the extraordinary meeting Aug. 24-26 at the Statehouse was protecting the integrity of the November ballot.

“I have an extremely high comfort level with the safety and security of our system,” he told the Reader. “I don’t have that with other systems.”

When lawmakers met in Boise, they talked about things like emergency powers, civil liability and the general effects of COVID-19 on both health and the constitutional wellbeing of Idaho. The most immediately important pieces of legislation to come out of the session, however, were changes to the timelines for balloting in what is almost certainly going to be a general election dominated by mail-in and absentee ballots — and characterized by a once-in-a-generation sense of importance related to its outcome. 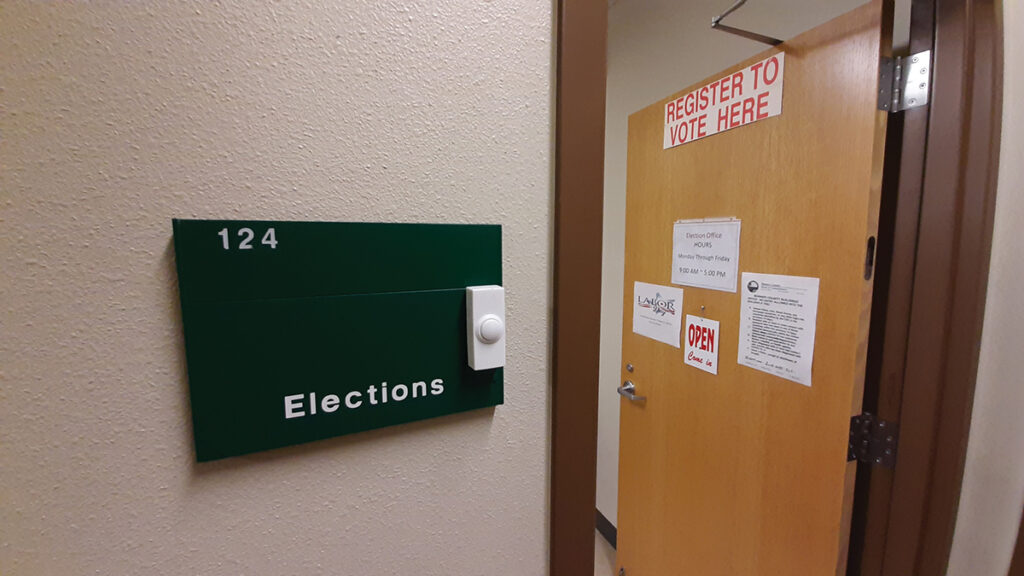 Legislators in Boise approved a provision allowing county elections workers to begin opening and processing mail-in and absentee ballots a week before Election Day — though they cannot begin tabulating until 8 p.m. on Tuesday, Nov. 3. Previously, vote counters weren’t allowed to process any ballots until closure of the polls. According to Rosedale, a vast majority of Bonner County voters have already signed up for absentee ballots, which require a process of verification — done by hand — that needs more time to complete.

“It took us two days [to complete verification] in the May election,” Rosedale said.

Another bill that passed through both chambers alters the rules for when absentee ballots are mailed out. Ballot requests received from overseas and military voters at least 45 days prior to the election have always been mailed out at that time. That will stay the same. The new legislation states that absentee ballot requests received by the clerk’s office at least 30 days prior to the election can be sent out separately.

The final deadline for domestic requests for absentee ballots is Friday, Oct. 23, though that doesn’t leave much time for voters to request, receive and return their ballots by Election Day.

“What I would recommend, and it would help my office, is that when you get your ballot, fill it out and mail it in,” he said. “Don’t push the envelope, so to speak.”

Unlike every other agenda item under the rotunda, the elections timeline legislation went through the Legislature without furor.

“We were not disrupted, we were not in chaos, we acted like a Legislature and, for that reason alone, I’m going to vote for this bill,” said Rep. John Gannon, D-Boise, on the House floor. “It went through the process that a bill is supposed to go through.”

Another piece of legislation requested by county clerks from around the state — including Rosedale — would have given local elections officials the authority to establish so-called “voting centers,” which would have allowed voters to cast their ballots at centralized locations regardless of their precinct.

While that measure passed the Senate, it died in a House committee. Some lawmakers worried that voting centers would only serve to spur large numbers of voters to congregate, raising concerns about COVID-19 transmission.

Bonner County never intended to avail itself of the proposed “vote centers,” with Rosedale recognizing they would be of greater benefit in more populous counties. So, as it stands going into the November general election, Rosedale told the Reader in an email that, “This election will be like normal for everyone, except a much higher percentage chose to vote by absentee mail.”

That means voters who decide to cast their ballot in person should report to their normal polling locations.

Lawmakers in Boise were keen to underscore their commitment to in-person voting, but that leaves county clerks around the state “in a pickle,” Rosedale said. Citing COVID-19 concerns, many poll workers — average age of 67 in Bonner County — don’t feel safe spending Election Day in contact with potentially thousands of individuals who may be carrying the virus.

Rosedale said already poll worker staffing numbers are down 50% in Bonner County. In Kootenai County, he said that number is down to 10% of its usual strength, spurring concerns among our neighbors to the south about a drastic shortfall in qualified poll station staff.

That situation raises a critical need for a new generation to step up and staff the polls.

“We’d love younger workers,” Rosedale said. “I would highly recommend them helping out.”

The process of becoming a poll worker requires contacting the county clerk’s office either by phone or email and requesting an application. Those accepted would undergo a three-hour training session before reporting to their stations on Election Day.

Rosedale said his department will utilize unspent Consolidated Elections reimbursement funds from the Idaho secretary of state’s office to fund the match, and hopes to use the grant funds to purchase new equipment meant to make local elections more efficient and secure as November approaches.

Among the items requested were two new printers; five self-service voting registration kiosks to be distributed between driver’s license offices, the courthouse and the county administration building; and 80 digital poll books, which link directly to the Idaho Central Voting Database and have the capability to scan driver’s licenses and pull up information on a voter’s designated precinct, affiliation and whether they’ve already voted.

“If someone drops off an absentee ballot and we scan that in, then he comes in to vote and we scan his driver’s license it will say, ‘[this person] has already voted,’” Rosedale said.

By implementing new technology with help from HAVA funding, the hope is that an influx of in-person voting will be manageable.

“I expect to have a line out the door like we did four years ago,” Rosedale told commissioners before the board voted unanimously to accept the grant money, pending legal review.

“I think we’ve fine-tuned that [absentee mail-in voting] mechanism, but we have our polling places open again, too,” he told the Reader. “We don’t want voter fraud and we don’t want mistakes.”

For more information and updates about voting in the 2020 general election, visit Bonner County Elections at bonnercountyid.gov/departments/Elections or the Elections Division of the Idaho secretary of state’s office at https://sos.idaho.gov/elections-division. To request an absentee ballot, visit idahovotes.gov.