Director steps down amid political pressure on Boundary Co. Library

Boundary County Library Director Kimber Glidden announced her resignation Aug. 16, effective Saturday, Sept. 10, following months of mounting pressure from a recall effort, as well as what the district called “an increase in harassing behavior, derogative accusations and a purported threat of violence” in a notice for a canceled meeting in July.

“My experience and skill set made me a good fit to help the district move toward a more current and relevant business model and to implement updated policy and best practices.

“However nothing in my background could have prepared me for the political atmosphere of extremism, militant Christian fundamentalism, intimidation tactics and threatening behavior currently being employed in the community,” she continued.

A group of citizens launched a recall effort earlier this year, targeting four members of the board of trustees who voted to adopt a new material selection policy that states, in part, “the Boundary County Library Board of Trustees recognizes that given the increasing emphasis on frankness and realism of materials including those that explore social, sexual and ethical ssues, some members of the community may consider some materials to be controversial and/or offensive,” and that “selection of materials will not be affected by any such potential disapproval.” 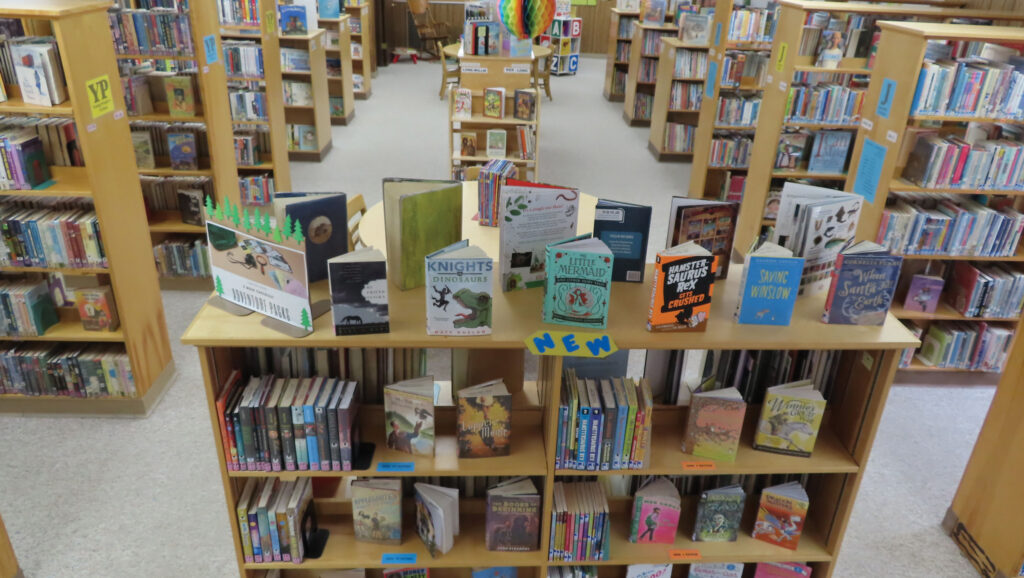 Glidden has also come under fire for having the library district rejoin the American Library Association, which holds a similar philosophy regarding the inclusion of diverse viewpoints in library collections. Meanwhile, according to the recall effort’s online presence, the group fronts a mission to “protect children from explicit materials and grooming.” An email to the recall group’s Facebook page seeking comment went unanswered as of press time.

Boundary County library officials counter that such explicit materials are not even in circulation — and certainly not available in the children’s section.

“The library does not carry a single title being circulated to generate fear and hate,” according to a statement on the homepage of the Boundary County Library District website, which was also shared Aug. 16 on the district’s Facebook page.

“This narrative has been crafted and executed to incite a group of people to act against their own experience and judgment, or worse, to act within narrow self-interest,” the district stated. “So, if the library doesn’t have the materials in question, what is the motivation in pursuing an action that will only succeed in creating division and eroding our community? This is about control of what information our community is allowed access to.”

Glidden, who has held the directorship since 2021, told the Spokesman-Review that “a constant barrage of the same rhetoric and people not listening to my answers” pushed her to resign — that “rhetoric” including veiled threats “with fire-and-brimstone language of her imminent damnation,” according to the Spokesman.

Amy Flint, who serves as chairperson of the East Bonner County Library District Board of Trustees, told the Reader in an email Aug. 24 that she doesn’t blame Glidden for resigning.

“No one should have to deal with the level of stress she has experienced at the Boundary County Library. Ironically, their library doesn’t even have any of the materials identified as concerns,” Flint wrote. “Obviously, it’s not really about the books.”

Rather, she added, “The group demanding a recall seems unwilling to acknowledge or accept the fact that libraries are legally bound to encourage intellectual freedom, not deny it.

“Unfortunately, some ideologically extreme groups are attempting to circumvent libraries’ ability to provide a wide assortment of materials representing a variety of viewpoints. They don’t seem to understand — or accept — that libraries cannot and should not censor materials based on individual patron preferences.”

Boundary County isn’t the only place where librarians and library collections have come under political pressure. The targeting of libraries over supposed inappropriate content has expanded on a statewide level in recent months, illustrated best by House Bill 666, which meant to repeal legal protections for librarians, educators and similar figures for making available materials deemed “harmful to minors.” The bill passed the House on a 51-14 vote in March, but was never heard in the Senate.

Opponents of the bill saw it as an effort to criminalize the public availability of media featuring LBGTQ+ characters — a conclusion that support from Family Watch International made all the more probable. The group is categorized as a hate group by the Southern Poverty Law Center for its teachings that “homosexuality is a mental illness” and support for “severe criminal penalties for homosexuality both in the U.S. and abroad,” according to the Idaho Statesman.

The Idaho Library Association weighed in on HB 666 during the 2022 legislative session, arguing that “harmful material” was too vague a descriptor. Asked to comment specifically on the situation in Boundary County following Glidden’s resignation announcement, ILA Intellectual Freedom Chair Erin Kennedy told the Sandpoint Reader that ILA “fully supports Idaho librarians,” and that the association’s board is “deeply dismayed that any library worker in our state would be harassed for doing their job.”

“Library materials in all Idaho communities are selected by local librarians following locally created collection development policies,” Kennedy continued. “ILA stands behind the rights of communities, parents and individuals to choose what information they access in the library.”

Despite the broader furor over library materials, Flint wrote that the East Bonner County Library District has not experienced similar intimidation or pressure to censor its collection. When patrons do occasionally express concerns about materials, they are referred to the Collection Development Policy, which states: “The Library upholds the right of the individual to access information even though the content may be controversial, unorthodox or unacceptable to others. Race, nationality, religion, gender, sexual orientation and political/social view will not be used as criteria for exclusion of materials.”

If necessary, patrons may be provided with a Request for Reconsideration of Materials form.

“These individuals are reasonable, respectful and often attend board meetings,” according to Flint. “They do not threaten library staff or otherwise create a library environment that feels unsafe. It sounds like the situation is very different in Boundary County.”

Flint emphasized that regardless of where a library is located or what some patrons may think or feel about its offerings, the mission of any library is to support intellectual freedom.

“Certainly, parents and caregivers are responsible for monitoring and approving materials for their children; however, it’s not appropriate to expect libraries to deny all patrons’ access to the materials certain individuals or groups perceive as questionable,” she stated, later adding:

“As public institutions that utilize a democratic approach to materials selection, libraries must avoid catering to extremist views and continue to provide a wide range of materials representing a variety of viewpoints. It’s a threat to our freedom — and therefore our republic — when certain groups or individuals attempt to call the shots for all of us.”

The Boundary County Library District is reaffirming its core mission, and not mincing words.

“Now more than ever it is imperative that we guarantee the freedom to read, the freedom of expression, the freedom of information and the right to a fair and balanced education,” officials shared on the district’s website and Facebook page. “The library will stand to protect the rights of all people. It is time to take a stand against false narratives. Thank you and spread the word.”