What if I told you that, in 2005, a massive plague swept across the land, infecting tens, perhaps hundreds of thousands of people and leaving several major cities in a wake of ruin. Even our pets weren’t spared from this horrible disease, and in fact were the very cause of the sickness that took so many lives?

What could this be? Ebola? The Bubonic Plague? SARS? Zika?

No, this was Corrupted Blood!

In 2005, “World of Warcraft,” (WoW) one of my personal-favorite time sinks, released a new raid with a shiny new boss that had a penchant for casting a spell called Corrupted Blood on players. If infected avatars got too close to other avatars, they would infect them and both would inevitably die from the disease without healing intervention. 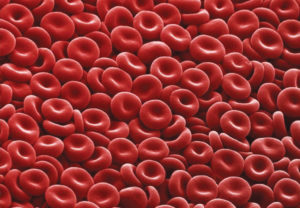 Some players, intentionally or unintentionally, discovered that Corrupted Blood could transfer onto their characters’ pets that traveled with them, and that the disease would jump from their pets to them and anyone else nearby.

These players traveled from deeply rural areas to highly populated cities, which sparked a massive pandemic that left the cities of Azeroth buried in an ocean of the dead.

Once-sprawling capitals were reduced to literal ghost towns, as survivors began to take refuge or flee the cities to avoid being infected by Corrupted Blood. The in-game economy ground to a halt, since people were too afraid to circulate items in the auction houses, which were only located in the major cities. Non-Player Characters (NPCs) would become infected by the disease, but it wouldn’t harm them. They became carriers.

Game masters attempted to create quarantine zones, but they failed. The infected spilled in and the cycle of death and depravity continued.

Eventually, game masters found a “vaccine” (they figured out how the coding was exploited, and sealed the exploit) and life returned to normal. Corrupted Blood was cured!

The incident caught the attention of some very unexpected people years later. People that had much better things to do than playing an online game for hours on end.

Some of the world’s top epidemiologists had heard about the incident and contacted Blizzard Entertainment, the company that developed “World of Warcraft” to see if they could look at their logs of the incident.

The epidemiologists were using the incredible amount of data to perfect algorithms that could help predict human behavior during an event like Corrupted Blood, but in the real world. How would people react if a massive, spontaneous global pandemic were to strike humanity and sweep the planet in weeks, days, hours? What sort of death tolls would we be expecting? How would a pandemic affect economies at a global level?

They found that one of the greatest dangers was when a disease could jump from a domesticated pet to a human. The disease may not affect the pet in the same way, turning it into a carrier. Your dog is lovable, and if you don’t know it’s sick, it can become a nexus for disease that can spread the sickness to everyone that interacts with it. This was how Corrupted Blood transferred, from pets to players.

This is remarkably close to what happened in the SARS and Avian Flu outbreaks in the 2000s.

Even counterterrorism organizations found uses for the data collected by the Corrupted Blood incident.

This research was surprising because it was completely accidental and totally unintended, and it occurred in a simulated environment that didn’t put any actual human lives in danger, but was shocking enough that people would react in ways to preserve their character as though they, themselves, were in danger.

WoW wasn’t the only game that offered some insights and ramifications on the real-world. Here are a few more:

“EVE Online” is an MMO (Massively Multiplayer Online Game) set in space. It balances an economy with virtual and real-world currency together. In 2014, a massive battle took place that carried the price tag of at least $300,000, when many high-end ships were destroyed.

Trade ships carrying as much as $20,000 in real life dollars have been destroyed and never recovered on more than one occasion.

The University of Buffalo set up an 11-week experiment with the MMO “ArcheAge,” a game famous for having nearly limitless options from building empires to sea trading to assassinations and dancing. The experiment was simple. Players were allowed to join, but they were made aware that at the end of the experiment, the servers would shut down and all of their progress would be lost forever. They created a virtual “End Times” scenario.

Their studies found that people acted more peacefully with the knowledge of their impending doom, and that players were more eager to help each other succeed in what little time they had left.

We’ve also used video games to teach lessons and learn about people in the process. Everyone remembers the old “Oregon Trail” game from school, in which you inevitably died no matter what, but in the past couple of years, developers have donated copies of “Sid Meier’s Civilization V” to middle schools and high schools around the world to use as a teaching and evaluation tool.

How will your class react when given the tools and opportunity to flourish as a civilization? Will you create armies to crush everyone and bully the weak, or promote trade and foster friendships?

Many teachers have observed it has given young students a sense of consequence to their actions, something that doesn’t often form fully in the human brain until your mid-20s.

Now who said video games never taught us anything?