Coming out for the holidays

Sharing your truth can be hard, but it gets better from there — I did it twice.

The holiday season is usually a time when many families gather together, some turning to the familiar and newly-minted traditions that offer comfort in the dark season. However it looks, there are likely candles, food — and hopefully — a sense of joyful reflection.

But for queer people, namely queer youth and especially high-school or college aged folks who might yet remain closeted but are ready to come out, extended time at home can be a source of anxiety. All that time spent with family might seem like just the right time to open up about a deeply personal part of one’s identity.

When one is ready to come out, they’ll likely refer to the script they’ve been writing and revising hundreds of times over. The writer hopes for the best (love and acceptance); prepares for the worst (rejection).

My life has changed substantially since my time in college. Living near campus and physically attending classes, I wasn’t remotely concerned with the necessities of sidelining a global pandemic: wearing a mask, social distancing. I was busy taking the college experience for granted: attending lectures, mingling with peers, testing the limits of my fake ID. 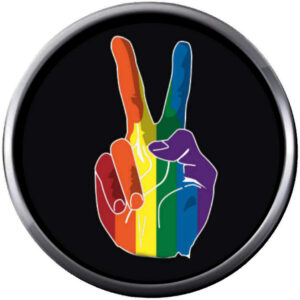 In 2020, students might be attending classes from their childhood bedrooms, adding yet another question mark to an already uncertain, possibly volatile, family affair. With nowhere to escape but a different room in the house, a friend’s couch or, in extreme cases, the streets, queer kids might prefer to remain in the closet for fear of being kicked out.

I was home in Sandpoint on holiday break when I came out to my family. I’d known I was gay for a while, though as a kid I didn’t have the vocabulary to express it nor queer role models to look to — insular as my childhood was. The one openly gay person I knew in high school was berated by a culture of homophobia that stalked the hallways, classrooms and administration. Who would want that kind of life?

That December, as my dad strapped our Christmas tree to the roof of the Subaru, I put the finishing touches on the coming out script kept on file in my head.

“I’m gay,” the words eventually tumbled out. What follows is hazy. Trauma has a way of blocking entire days, weeks or months from our memories just so we can function. Trauma can also imprint our memories with other moments that we can recall in perfect detail.

I awoke the next morning to opera music (Bocelli? Pavarotti?) blasting from the living room where my mother had been furiously cleaning house. She was seated on a footstool, her sobs drowned out by the aria that shook the ornaments on the Christmas tree.

The rest of the break was a bitter blend of long awkward silences and tearful pleas. Being gay wasn’t an option. Presented with a choice either to “undo” what I’d “done,” or live a lonely and sad life, I cowered back into the closet.

I went back to school, where I lived unauthentically for a time. I told people I was “straight now.” I displayed my insecurity in messy ways: public drunkenness, daring a stranger to fight me, using a gay slur to refer to a boy who apparently had a crush on me. These were the toxic responses of homophobia internalized.

After a few years of this, I eventually forgave myself; I started drafting Part 2 of my coming out script. This time the words came easier. I leaned into a few close friends who’d witnessed my struggle; had loved me even when I didn’t. They offered me another look at myself — through their eyes — to see that the real me is worth loving.

Living authentically isn’t a switch to turn or a pill to pop. It takes honest and often painful work. But the reward is that you get to share that love, if you want to, with someone else who loves you because of who you are — not despite it.

Today I tend to a loving relationship of nearly eight years. We’ve biked from Canada to Mexico on the West Coast. We’ve lived in four cities in almost as many years. Yet the work continues. It’s been very much worth it.

Telling the truth can be hard; living truthfully can be even harder. But with the right people to support you through however many drafts it takes to write your script, coming out can eventually be worth it. And if it’s over the holidays, who knows, it might even be the best gift you can give yourself.

Sam Luikens is a writer based in Seattle where he lives with his partner, Luke, and their daughter, Humbug, who is a cat. Sam graduated from Sandpoint High School in 2005 and looks forward to visiting his family when it is safe to do so.