Despite some council misgivings, the proposed Sandpoint dog park received the city’s support Wednesday in time to pursue grant funding.

While the council decision shows city support for a dog park, it leaves room to apply the brakes if issues arise that city officials can’t endorse. Either way, it’s an important step for establishing a dog park in Sandpoint, especially since the organization spearheading the project, Friends of Sandpoint Dog Park, needs city approval to apply for grants before a June 30 deadline. 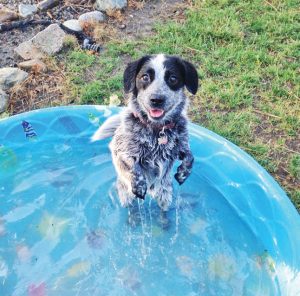 While council members largely supported the idea of a dog park, they also voiced some specific concerns about the proposal, which is slated to occupy a portion of Lakeview Park near the Lake Pend Oreille and Memorial Field.

Councilman Stephen Snedden was concerned about possible expense to the city if the Friends of Sandpoint Dog Park are denied grant funding for fencing and other project costs. However, since the dog park grant should be awarded or denied before the city starts its budgeting process, Snedden was comfortable offering a formal bid of support for the project.

Councilwoman Deb Ruehle, on the other hand, had serious enough concerns to vote against the proposal. She worried that the city was boxing itself in by only considering one location for a dog park instead of having several sites up for debate. In addition, because a possible source of funding for the project could come from a PetSmart grant, she was concerned about commercialization within the park should the company expect to have its logo displayed on site or in park brochures.

“I do believe in the dog park, and I think it’s spectacular, but I am going to vote no at this point,” she said.

Supporters of the dog park turned out to show commitment for the proposal. It’s the latest effort in a campaign that has picked up steam over the past year, which has included information sessions, signature gathering and workshopping with city officials.