Big changes are afoot at the city of Sandpoint with the retirement of city clerk Maree Peck and city attorney Scot Campbell. 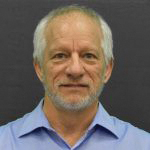 Peck leaves the city after 15 years of work, while Campbell served for almost nine years. With their retirement, Sandpoint City Administrator Jennifer Stapleton said the city plans to restructure the positions to reflect the changing needs and scope of municipal services. In the meantime, she said local officials are celebrating two valued employees who helped guide the city through major projects and transitions.

“What a pleasure it’s been (to work with them,)” Stapleton said. “They’ve been dedicated to the end, and they’ll be greatly missed.”

“Aside from being great employees, they’re outstanding people,” she added.

Both Peck and Campbell are set to retire on April 1, and both have big plans for the next stage of their lives. Peck intends to spend more time with her four grandchildren and take advantage of North Idaho’s beautiful natural setting.

“I just want to enjoy those everyday things we take for granted,” she said.

Campbell plans on eventually spending life on the road, traveling from location to location in a more nomadic lifestyle. With his house sold and the final days of his job approaching, he is prepared to enjoy a change of scenery — or several — this summer.

“I have a truck and camper, so I’m looking at traveling around wherever we want to go,” he said.

Much has changed in city government over the past decade, and Campbell and Peck were instrumental in moving those processes along. Campbell cites the streamlining of city committees, the protection of local water rights, the establishment of fiber-optics infrastructure and the tweaking of ordinances to make Sandpoint more dog friendly among his proudest achievements. Another landmark moment was the addition of gender expression and sexual orientation to Sandpoint’s anti-discrimination ordinance, making the town the first city in Idaho to do so. 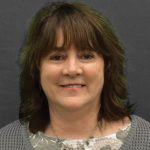 “I’ve had many people come up and tell me they feel much more secure in the community (because of the ordinance,)” Campbell said.

For Peck, transitioning from paper council packets to a more digital-friendly system was a major undertaking, but one that saves the city time and money. It also makes public documents more readily available to the public, especially when combined with the city’s new website, council-chambers TVs and the ability to live-stream meeting video and audio. Another huge effort was the city’s push for better compliance with the Americans with Disabilities Act, which Peck said was very successful.

“We have received excellent reviews on our audits,” she added.

With longtime employees heading to retirement, Stapleton said the city is using the transition to restructure its departments. Longtime deputy clerk Melissa Ward will take over as city clerk, bringing with her a greater focus on the central-records system, the IT department and systems implementation.

But the biggest changes come in the legal department. Rather than hiring a new city attorney, local officials opted to contract out for legal services instead. The move follows a successful transition contracting with Bonner County for prosecution services. According to Stapleton, not only will the changes save money — an estimated $250,000 — but it will also allow the city to utilize a law firm with a broad range of expertise.

“We feel really confident that we have a good path forward,” Stapleton said.

City employees plan to send their colleagues off in style at Matchwood Brewery at 5 p.m. Friday. Those who wish to extend their well-wishes are welcome to stop by.