By Levi B. Cavener
Reader Contributor

One can’t blame the Albertson Foundation for wanting to avoid an appearance that it continues meddling in public affairs. After spending years in an effort meant to undermine public schools, most Idahoans have little trust left in Albertson’s intentions.

But Albertson’s intentions have not changed. They continue to belittle public schools (recall an advertisement in which a public school bus literally abandoned students in the middle of the desert) in an effort to promote charter schools. 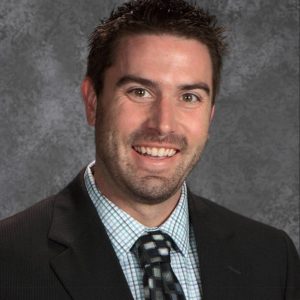 However, Albertson has apparently realized Idahoans growing negative attitude toward the group. To combat this, Albertson finances a troop of secondary organizations to implement their agenda without putting their own name in the middle of it: Idaho Charter School Network, Rural Opportunities Consortium of Idaho, BLUUM, and others are all entities funded and working in an effort with Albertson to achieve this goal.

I’m not being hyperbolic. BLUUM’s tax returns, for example, literally state that, “BLUUM assists the J.A. and Kathryn Albertson Foundation where to make education investments that will result in higher performing seats in Idaho.”

Albertson was reminded the hard way of the public’s lack of faith in the group when their offer to fund a study revamping Idaho’s education spending formula was rebuffed. The apparent conflict of interest was even too much for Idaho’s legislature to ignore. They declined Albertson’s offer and have been working without the interference of Albertson for the past two years.

Or so it seemed. The reality is that dispatched one of its entities, BLUUM, to work behind the scenes.

In fact, as reported by IdahoEdNews, BLUUM even offered simulation software to the committee during the same meeting this year in which the legislators listened to Marguerette Rosa of the “Edunomics Lab” pitch a charter-friendly enrollment based funding model that it just so happens BLUUM is lobbying Idaho to adopt.

BLUUM’s CEO, Terry Ryan, hails from Ohio.  During his tenure there, Ryan worked with the Thomas B. Fordham Institute to promote charter-friendly laws in the Buckeye State. It worked. Perhaps too well.

The rampant corruption and ineptitude of Ohio’s charter schools have become the national template of “what not to do” in the school choice movement. The loose regulation and mismanagement of school choice in the Buckeye State is so blatantly obvious that Ohio Senator Sharrod Brown declared, “Ohio’s charter school system has become a disgrace on our state that is denying too many students a quality education and defrauding taxpayers.”

A large portion of this problem is the enrollment-based funding that is now being peddled in Idaho’s statehouse. In Ohio, enrollment-based funding resulted in thousands of so called “ghost students” who are enrolled in charter schools, but never actually attended. Unlike the current model of average daily attendance, in an enrollment based model the school continues to collect money for every student on the roster regardless of attendance.

In Ohio, the result is millions of tax dollars spent on fraud. In fact, in June of this year the Ohio Board of Education voted to force a single online charter school, Electronic Classroom of Tomorrow (ECOT), to repay an astonishing $60 million for enrolling fake ghost students.

And that is precisely the type of funding model that our Legislature is being pitched to adopt. Behind the smoke in mirrors is reality: A group funded by Albertson continues to have an outsize influence at the Capitol Building, and that influence may very well result in Ohio’s current state of affairs coming soon to an Idaho charter school near you.

Levi B Cavener is a special education teacher in Caldwell, Idaho.  He blogs at IdahosPromise.Org.