The entrance to Bottle Bay Road off Highway 95 south of Sandpoint will be opening up sooner than originally anticipated, said Bonner County Road and Bridge Director Steve Klatt Wednesday. 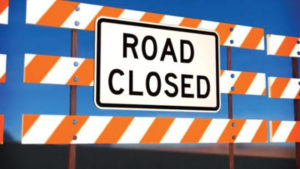 Klatt said the contract for work on that intersection had an original completion date of Sept. 30, but the contract is being shortened, estimating the road will be accessible from that entrance by Sept. 15.

“The residents bearing the brunt of roadwork frustration (this summer) are those folks whose daily travel typically traverses Bottle Bay Road,” Klatt said. “Hopefully, a year from now when we use that intersection, this summer’s project will seem worthwhile.”

He noted that while the county is postponing the scheduled Bottle Bay Road chip sealing work until next summer, there will be a guard rail replacement in late September near Hayes Gulch.

Other Bonner County road work this summer includes chip sealing on Dufort Road and other roads in Sagle, right-of-way clearing and ditch work on Sagle Road in late July, asphalt work on Bayview Road beginning in late August and the Big Creek Bridge project on Eastriver Road. The county will also have crews on West Spring Creek Road in Hope to finish widening the road and lay cap rock.

“Mostly, folks, we ask for your consideration and patience around our project sites when you encounter them,” Klatt said.