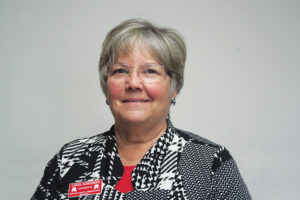 Sandpoint Reader: To begin, can you tell us about why you decided to enter this race?

Carol Kunzeman: I wanted to be county commissioner quite a few years ago when I became mayor. And the reason I couldn’t run is because my husband worked at the county. So that never was going to happen as long as he worked there. The real reason I’m running is nothing personal against Mr. McDonald. It’s because two years ago, when I chose not to run for a third term as mayor, I thought my life was going in a different direction. I thought I was going to retire, and we were going to travel, and that was it. Then my husband ran for (Ponderay) City Council. So that tied us up for at least four years. So I thought, “I need a job. I want a job.”

I had to think, “What is your passion?” I love decision making, I love helping people. I love making a difference. … The timing just happened to be that an election was coming, and so I did it, and I’m in it to win it.

SR: What are some of the most pressing issues that you see in the county right now?

CK: The more I meet people, and the more I listen to what they have to say, the more I see how much division there is in the county. Even at the state level, it’s become very divided. I don’t think as a county, local politics should be so political. It’s about working for the people, all the people, and it doesn’t matter if they’re way off to this side or that side or stuck in the middle. But somewhere along the line, a lot of voices stopped being heard. … I think my track record shows I’m not a divider. I want to bring people together.

SR: It’s true some people argue that local government should be more about focusing on issues that impact people’s lives than pursuing a particular ideology.

CK: Exactly. I don’t believe in ideologies or partisan politics. I mean, I do, because I am a Republican, … but I’ve always worked better with people who think opposite from me. I learn from that, and while it won’t necessarily sway me, it gives me other perspectives that I haven’t thought about. As mayor, I actually put someone on my council who was my exact opposite, who wasn’t a yes person, wasn’t going to always agree but was always going to do a good job.

It’s the same way with my relationship with (former Sandpoint Mayor) Gretchen Hellar. Politcally we were polar opposites, but we wanted the same thing … and that’s what I think people are not seeing in the county today. A few select people seem to be heard more than others in the county.

SR: What’s your read on the population of Bonner County as you’ve been meeting people?

CK: I’ve been meeting lots of people from all over the county — lots of different political persuasions, so I feel I’m doing well. The bottom line is elections should have choices, and I am that choice. I think people are happy to see the experience (I’m bringing to the table.)

SR: Speaking of county operations, do you have any concerns with the way it is being run? For example, some people are concerned with changes made to the planning department over the last few years.

CK: Having the experience of running a city, there’s a reason why you have regulations and ordinances and things like that. This isn’t such a huge government that you can’t follow those. … If you don’t set your guidelines, and follow the guidelines, you can get into some serious trouble. … If you take away regulations, you’ll be causing problems for people downstream as they are trying to get loans for houses. If you don’t pay attention to what uniform building code is, that doesn’t make any sense to me. I think you’re going to see that out of Kootenai County. They’re doing that now, and I think it’s a mistake. People have a right to buy property and know the house is going to be sound, that it’s going to be safe.

SR: What are the issues people are most concerned about based on what you’ve heard?

CK: People are always complaining about roads. That’s always a tough issue. I think taxpayers want decent roads, and you need them for commerce, you need them for emergency reasons. It’s always nice to say you’re saving so much money, but maybe you should put that money back into helping some people in different areas. We have a lot of unpaved roads in this county, and the more roads you build, the more maintenance there is. I doubt seriously we’ll see all the roads paved, but it doesn’t take too much to get out of town and you are on unpaved roads. It’s kind of difficult for people.

I also hear that people can’t get decent phone service. They can’t get internet. In Sandpoint you have the luxury of quite a few options, but the further out you go, you don’t have many options.

SR: Let’s talk about issues that have been getting a lot of attention lately. For instance, the smelter: Where do you stand on that?

CK: I think I’m the only one running who has said straight off the top: I don’t want it. If you were born here, that’s a luxury, but for those of us who came here, we chose a place that has clean air, clean water, beautiful surroundings, natural resources, and we want it to stay that way.

Even though I know there’s a legal permitting process that will go through the state of Washington, and I know they have strict requirements, I don’t want it. And I think we have to be very vigilant and do due diligence and be ready if that starts to go through. Because if it’s a quarter as bad as what they say it’s going to be — if you can believe the things you’ve been told — it’s just not right. It’s terrible that there are people desperate for those jobs, but they come at what cost? So I’m out strong: I don’t want it. But I understand it’s a state issue, and they’ll take care of it.

SR: How about the second rail bridge? What are your thoughts there?

CK: I’m for that bridge. And I’m for it for a couple reasons. One is … that trains are so much longer now, and there’s more of them, and we need places to put those trains. As it stands now, we have issues with people at the crossings. They’re sitting there waiting for those trains to go by. And I think the railroad does a pretty good job of trying to do it at night. But this is the bottleneck. And every train coming from the east or every train going to the west is going to go through here. That is not going to change. For safety purposes, we need a second bridge, and I think it will be built and maintained very well. The railroad is the one that does all the commerce, and what it does in keeping the trucks off the road saves us all. We’re not going to stop buying things, so we need the railroad as much as the railroad needs us.

SR: In closing, is there any particular message you want to send out to voters?

CK: I want people to understand that my 13 years of public service and eight years as mayor has given me the education and experience I need. The changes that we made in Ponderay — the SPOT bus, the park that the LOR Foundation just gave the city $500,000 to put into place — I’m very, very proud of. I hope people see I’m task oriented, I get good results, I’m good with people, I understand government and this isn’t my first rodeo. This is my fourth election. At this level, it’s a totally different thing, but I know I could make a difference.

Carol Kunzeman at a glance:

FUN FACT: I hung up on the White House twice because I thought it was a prank call. It wasn’t. Chief Protocol Office wanted me to make floral arrangements for President Ronald Reagan’s return to California. Huge honor.