Jessica Chilcott might be leaving Bonner County, but now she’ll be “in the thick of it” in Boise

By day, she’s a therapist. By night, Jessica Chilcott is a politician, social activist and avid consumer of superhero television shows.

And just like a superhero, Chilcott has a reputation for helping people. 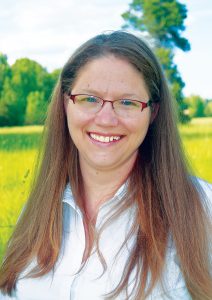 While her job in therapy often consists of one-on-one work with people, she said those interactions reflect policy on a higher level — hence her interest in politics.

“The policy ties directly back to our direct practice. I think a lot of times we can lose sight of that. What’s happening in the halls of Congress today directly affects my ability to do my work tomorrow. What happens in the Idaho State Legislature affects the families that I work with,” she said. “So to me, it’s logical. You have to work on these larger issues because at the end of the day, there’s families who are being affected by them.”

Chilcott is moving south to Boise to be close to family after spending just under a decade in North Idaho. During that time, she served on boards for both the Bonner County Human Rights Task Force and NAMI Far North, Inc. She also ran for the Idaho House of Representatives District 7 Seat A twice, and while she never occupied the office, she continued fighting for her platform of access to education and the well-being of every Idaho resident.

“I really, really truly believe that the foundation of our society is that quality education,” she said. “Having access to a high-quality education, even for someone who chooses not to go on and pursue a four-year degree, will set you up for long-term life success.”

Chilcott considers herself a lifetime learner, but understands that not everyone has the same affinity for formal education. But that’s OK, she said, because there are many informal ways to continue learning. Chilcott said what matters is the acknowledgment that Idaho has educational disparities across the state. A child in Lapwai does not have the same educational resources as a child in Sandpoint, Chilcott said. 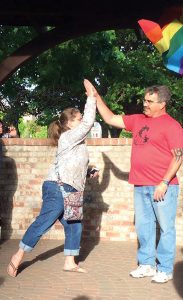 While education was a major part of her platform and ongoing work to improve the state of Idaho, she said she is also working to make sure the state meets the needs of those with mental illnesses and physical disabilities — areas where she said she sees Idaho going backward as of late.

In moving to Boise, Chilcott said she knows she’ll continue being a voice for those people. In fact, she said, many of her friends in Bonner County are excited she’ll be in Boise seeing as she’ll be “in the thick of it” — that is, closer to the Legislature.

“I’m very fortunate in that I’ve never had an employer who didn’t support me working in policy,” she said.

“She is helping people in times in their lives when they need help and empowerment,” Brotherton-Manna said.

She said that Chilcott is known to do pro-bono work in the community, and that she often donates her time to visit Boise and speak up for people in Idaho who don’t have the resources to do it themselves.

“She is the grassroots person who says ‘we’ve got these social issues, and they affect people’s lives,’” she said.

Brotherton-Manna said Chilcott could often be spotted outside polling locations encouraging citizens to vote, no matter their political affiliation. She said Chilcott is one of the smartest people she’s ever met, and she uses her knowledge of social issues to educate others.

“(Chilcott) is trying to make sure people really understand the issues,” she said. “She is helping people from where they are.”

There will be a potluck send-off for Chilcott at North Idaho Community Mental Health on Saturday June 17 at 5 p.m. Brotherton-Manna said all are welcome, and need only bring a dish to share and a chair to sit in.