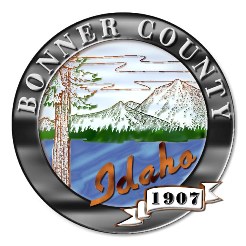 “We feel it is important to create management consistency while allowing for ongoing use in proposed wilderness areas in our region,” Commissioner Glen Bailey read from the letter. “These (recommended) wilderness areas — we’ve got three of them here in North Idaho — they are being controlled as wilderness areas to the most maximum extent.”

Samuels resident Dan Rose said he was concerned that the board’s support of the executive order seemed like a land management compromise prior to anything being officially dubbed wilderness.

“I see this as a mediation and potentially a usurpation of the (advisory) vote coming up in May,” he said. “If you (support) this you’re consenting, or mediating, before the vote even happens … This is saying you want to have a wilderness, but have it multiple use.”

“The Forest Service has been doing this, and they’ve actually been sued in Central Idaho over this, where they start managing an area as wilderness even though it is not,” Commissioner Dan McDonald said. “So (ISSA) has written this resolution to say, ‘Listen, until Congress says it’s wilderness, you can’t manage it as wilderness.”