Back of the Book: On losing

I am competitive, to a fault. There are a variety of factors that made me this way. It’s partially hereditary (thank you, mom), but also a learned trait from years of enabled academic perfectionism and athletic participation.

Though not the most gifted athlete, I love strategy and the mental aspects of sports. Now, as a volleyball coach fresh off my fifth season on the bench, I strive to teach my players to use strategy and mental discipline to win. 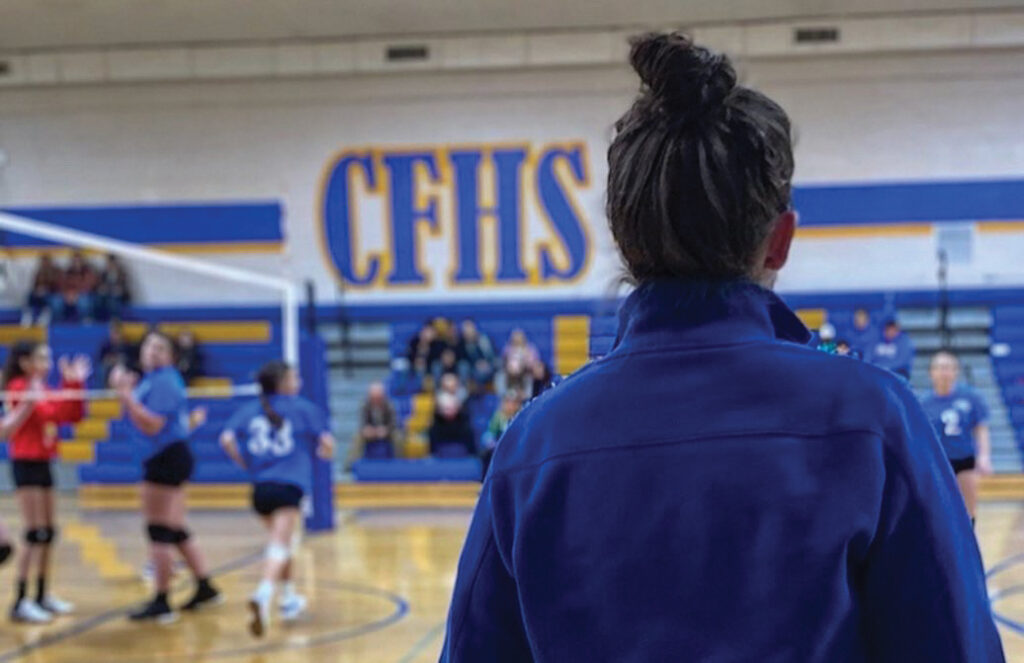 The author coaches from the sideline.
Photo by Leslie Kiebert.

I’m lucky to say that, for the most part, it seems to have worked. The Clark Fork varsity coach and myself pride ourselves on our robust volleyball program, thanks to our late mentor, Cindy Derr. Girls are given ample opportunity to play year round and, in recent years, we’ve dominated our league in North Idaho, appearing at the state tournament four years in a row leading into the 2021 season.

Despite being district champions for the fifth consecutive year, this season required one additional hurdle: a play-in game the Saturday before the state tournament. We would play the runner-up from District 2, seeing as their league includes far more schools than ours.

When our varsity coach fell ill and couldn’t make it to the game, the head coaching fell to me, the JV coach. It wasn’t ideal timing, but with the whole regular season behind us, winning wouldn’t come down to coaching decisions. I would just need to submit line-ups and call the occasional timeout. It was all up to the players now, and our three seniors had been playing their best volleyball in recent weeks.

The girls set the tone in the gym right away, swinging hard at the ball and communicating well. We came out strong but, once our competitor found their footing, it became a dog fight. The rest is a blur, full of ups and downs, elated shouts and internalized cringes.

In the end, we lost. We cried. We left the gym without a berth at state for the first time in five years.

Losing the game certainly stung. But what I hated more was losing one more week with the seniors, who were — not so long ago — my unruly and hilarious JV freshmen, still learning the finer points of the game that I love so much.

My only solace is that while we lost, I’ve also watched those three seniors gain so much over the past four years, including that love for the sport, which can’t be taken away. They learned to see it as the sport of strategy and mental strength that it is. They’ve gained confidence, perspective and the self-awareness so elusive to kids just starting high school.

Losing — both games and players — hurts. But as all coaches know (and as this young coach is still learning), far more is gained in athletics than a record of wins and losses.

On to next season. Go Lady Cats.