An interview with: Gavin DeGraw

Since the release of his debut album “Chariot” in 2003, Gavin DeGraw has become a household name in the singer-songwriter genre and in the realm of chart-topping hits. DeGraw’s five studio albums have produced well-known tracks like “I Don’t Want to Be” (the opening credit track on nine-season TV drama “One Tree Hill”), “Soldier,” “In Love With a Girl” and “Not Over You.” 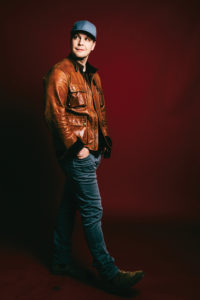 DeGraw will bring those songs and a whole lot more to the Festival at Sandpoint stage Saturday night as he co-headlines with Phillip Phillips. The Reader caught up with DeGraw to talk about his recent involvement in the country music scene, touring with his heroes and how to write a classic.

Sandpoint Reader: Hey Gavin, I just wanted to kick this interview off by telling you that you were my first concert when I was nine years old.

GD: Wow. Oh my god. That was a long time ago. I think that’s amazing. I love that actually.

SR: And it leads really well into my first question because, it’s hard to believe, but that was a little over a decade ago — not to make you feel old or anything, but — in your own words, how have you changed as an artist since the “Chariot” days?

GD: In a lot of ways there’s been huge changes and in a lot of ways it’s been completely the same. I don’t feel like I’ve outgrown that older material, because I was always pretty specific about the type of music I wanted to make. But of course, over time, I’ve become more opinionated about what type of record I want to make. As an artist, I’m still definitely proud of the records that I’ve made, but as I’ve evolved, just with time and being lucky enough to see some level of success, you become more confident in your taste … and develop your identity as a person. In some ways my process has really changed because I know what I want to say and what I have to say and, of course, once you have a little success as an artist that does change the dynamic of what you do next, only because you become conscious of the fact that the audience is going to compare you to what they know you from. I’ve had an incredibly loyal audience. They’ve been along for the ride for a long time, so when I make a record I want to make sure that I’m not alienating them. At the same time, I have a pretty good idea of what they like and what they relate to. I want to make sure they know that I haven’t lost sight of myself. I’m still a kid who grew up in upstate New York in the woods, you know?

SR: For sure, and your reputation as a songwriter seems to grow with each passing album and collaboration that you’re a part of. I’m curious what’s inspiring you right now and what’s your favorite part of the songwriting process?

GD: I love writing with people. It keeps you motivated, and gives you someone to bounce ideas off of right there. And depending on if you’re writing for their record or your own record, it determines whose life story you’re tapping into … the songwriting process really brings out a lot of personal stories. Yesterday, I was cutting vocals for a record with a friend of mine I’ve known for a long time, before he was famous and breaking out in the country music market: Brett Young. He’s a wonderful guy and a great talent. We are writing this song for his album, and it’s about Brett’s life, Brett’s story — and he’s got a great story. When you’re sitting in a room with someone who has a great story, you try to tell the stories about most important pieces of his life, and the parts everyone can relate to, and then you just have to make it rhyme and make sure it doesn’t go over four minutes. Also, right now I’m working on a record for myself and I’m not writing with anybody because I’ve had a lot of loss in the family this year and so this particular record, I’m writing it alone because I feel like it’s such a personal record. I need to get this record out of my system. The feel of it will be more Springsteen, mixed with Tom Petty — a good portion of the stuff I grew up listening to. I love the classic songwriting, classic record making, in an old school, troubadour sense. Real blue-collar songwriting, real blue-collar stories.

SR: I love that you brought up the word “classic” because I was going to ask you about a quote you recently posted on your Instagram: “As a songwriter, I’m looking for something real. I want to write classics.” I’m curious what it takes to write a classic?

GD: We all want to write classics. As songwriters, we want to write the songs that are covered for years in bars long after we’re gone. That’s the goal … I dream of writing the songs that people go up to the local bar musician and tip them $5 and ask them, “Hey, can you play such-and-such by Gavin DeGraw?” I want to write that song. And so far it’s been a real trip. I moved to Nashville about eight or nine years ago and opened up a bar called Nashville Underground with my brother. But before that, I’d come down here and just hang out and walk the street and listen to bar bands. Every now and again I’ll hear them playing my music in a bar and I think to myself, “Man, this is so cool!” The fact that some local guys like something enough to sit in their garage and learn my stuff and this is how they wanna strut their thing — by getting up on that stage and playing a Gavin DeGraw song. How flattering is that? It’s an unbelievable full-circle moment.

SR: I’d love to tease for the Sandpoint crowd what your set (at the Festival) will be like. What are some of your favorite tracks to play live?

GD: I’ve gotta play the hits. I’ve got the greatest fans in the world, and I’ve been very lucky. I’ll play songs they know, and the songs they don’t know I’m going to make them think they know. “I Don’t Wanna Be,” “Not Over You,” “Chariot,” “In Love With a Girl,” “Soldier” — “Soldier” is one of my favorites. It’s going to be a party. My guys know how to play — I owe those guys the world. We want people to leave with a smile on their face. And Phillip Phillips is a great guy. We spoke on the phone the other day about how stoked we are to play some music. I’m looking forward to getting out to your neck of the woods. It’s been a minute.

SR: I’m looking forward to it. Alright, I have one last question — who is your favorite “One Tree Hill” character?

SR: You know, I almost asked you if you’d seen all nine seasons but then decided against it because you have a life. Unlike me — I’ve seen every season several times. It’s a staple of my childhood.

GD: You know, there’s totally a chapter in your life when you hear music, it almost stays frozen in time and brings you back to that time, like you’re 10 again, you’re 15 again, you know what I mean? It’s like a time machine.

SR: I think that’s my favorite thing about music. I remember, on the way home from seeing you and Avril Lavigne in Auburn, my older sister bought “From Under the Cork Tree” by Fall Out Boy, and we listened to it in the car on the way home. When I hear, “Dance, Dance” I swear I’m nine again and wearing my Avril Lavigne concert tee.

SR: Is there anything else you want to talk about that I didn’t ask you?

GD: You didn’t ask me what it was like touring with Shania Twain, and what is was like to tour with Billy Joel, and I’ll tell you — mind-blowing. When you get to tour with icons, it’s like going to school every night. You get to stand side stage and see, “OK, what is it about this show? What took them to the next level?” … It was a childhood dream. (Joel) was always my childhood hero as a musician. The opportunity to get on stage with your idol — it’s a pinch-yourself moment. It’s been a ride, and the best part is that I feel like the ride is just getting better. I’m finally hitting my stride. I’m enjoying myself. I’m lucky enough to do my dream job.

To read other interviews with Festival at Sandpoint headliners, check out past issues on our website: www.SandpointReader.com.