An alum at the helm

After an extensive round of interviews with five candidates, Lake Pend Oreille School District officials landed on their choice for principal at Sandpoint High School with David Miles II.

The district announced that Miles had accepted the job on July 15, alluding to his six years as principal at Boundary County Middle School in Bonners Ferry and experience teaching social studies at SHS.

But Miles’ connections to Sandpoint go back much further. 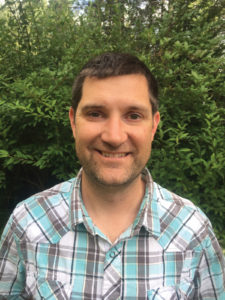 Though he was born in San Joaquin, Calif., the 42-year-old spent many summers in Sandpoint and attended fifth grade at Washington Elementary School before permanently relocating here in time for middle school. A 1995 SHS graduate, Miles has fond memories of educators like former English teacher Dan Vanek, science teacher Woody Aunan and math teacher Tom Albertson — the latter whom is now Miles’ boss as recently-appointed superintendent.

“Ironically, those were my three toughest classes. I don’t think I got an ‘A’ in any of those classes, but I sure learned a lot,” he said.

Learning a lot has characterized Miles’ life and career in the years since graduating from SHS. Miles earned a Bachelor of Science degree in public communication and a Master’s of Education from the University of Idaho, returning to SHS in 2001 to do his student teaching. In 2002, he started on a 10-year stint as an SHS instructor of world and United States history, economics, sociology, psychology and speech. Along the way, Miles also got a taste for administration when he served as interim vice-principal for a year.

Following his time at SHS, Miles’ work at Boundary County Middle School showed him the importance of being engaged with the wider community.

“The community in Bonners Ferry is absolutely amazing … It was such a great experience that it made this decision kind of hard,” he said, “but it’s just such a great opportunity to return to my roots and give back.”

In Bonners, Miles made it a point to attend every home sports game as well as other school events like choir, drama and art shows — a practice he intends to continue in Sandpoint.

“It’s important for me to show support for what all the people in our school are doing,” Miles said. “That’s really my intention: to be at every event that I can possibly be at. I want to be visible; I want to be approachable. I want people to come up and talk to me, ask questions.”

Looking ahead to the next school year, Miles is focused on getting reacquainted with his alma mater, the staff and students.

“I’m going to do a lot of listening,” he said, adding that an open-ear characterizes his philosophy of education.

“For me, it’s trying to make sure that we’re meeting the needs of every individual kid,” he said. “You’ve got to make positive, supportive relationships.”