Aikido: A Path to Harmony

The practice of aikido is all about harmony.

It’s an art that transcends time and place. And for the past couple years, the place for Gaia and Sensei Reitan has been North Idaho. 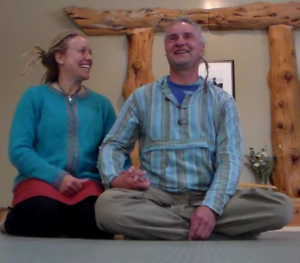 “Aikido means a way of harmony … harmonizing with your environment … a way of life,” said Sensei. “The ‘ai’ means harmony, ‘ki’ means ‘chi or prana,’ ‘do,’ means ‘the path.’ It is literally three words put into one that can be translated in multiple ways, but ultimately meaning a path to harmony. It can be harmony with all things, or yourself… it depends on the level of consciousness… first we have to be aware of who we are.”

Though they once resisted moving to North Idaho, the Reitans became convinced this was where they needed to live, grow and work. After two years of growing roots, they have fallen in love with Sandpoint and plan to stay for as long as they live.

“Sandpoint is really magical,” said Gaia. “People look at you when they talk to you. They say hello, they are playful, they want to know who you are.”

The road that led the Reitans to Sandpoint was a long one. After high school graduation in 1979, Sensei Reitan enlisted in the Air Force and was immediately stationed in Japan. This is where he began his training in martial arts, and where he began to sink into the Japanese lifestyle.

“I had a challenge in fitting in military life… which I did, but I found a refuge in the local people,” he said. “At the time martial arts were very popular, and there were tournaments literally every weekend. I studied three different martial arts when I was over there… it was almost all I did. I studied Japanese jujitsu, campo, karate.”

“I moved to Arizona where I was shipped next and studied aiki-jujitsu, and then I slowly moved into aikido because it was less violent,” he said.

“My dad was a black belt in karate, and so I was always at the dojo in my youth. I have always loved martial arts. A lot of the stuff I chose to do was really ego driven … aggressive and competitive,” Gaia added.

“Aikido is about harmony,” said Gaia, motioning to her heart, “and letting the ego fall away. What draws me to aikido is the humility, compassion and learning my essence of self.

“Being able to work with all of this, within the dynamics of other people, that is what calls me to aikido, plus my hubby,” she continued. “I have a crush on the teacher!”

They met a few years ago when they were both drawn to the workshop ‘Awaken the Illuminated Heart.’

“We were both in very spiritual practices,” said Gaia. “We taught meditation, sound healing, movement and other healing arts. I am a massage therapist by trade.”

“The way that we would term our spirituality is basically about raising our awareness through access of our higher selves and our source connection,” said Gaia. “Whether it be energy or God or whatever you want to call it… not through doctrine or religion, but self-love and love for all that is.”

“We traveled for two years in the Ford Hilton and tried to source out our field with our heart… where would be the best fit for us,” Gaia said, squeezing her husband’s hand.

The Takayama Dojo, 525 Oak St., consists of around 50 members who are on the path to harmony through more than just aikido. There is also meditation, yoga, sound healing, Marconic healing, “movie nights on the mat,” and passionate leaders. For more information, call (208) 920-1782.