Dr. Philip Deutchman giving presentation on the origins of the universe

Have you ever gazed upward and wondered how the universe began? If so, have we got a treat for you.

The Sandpoint library will host a series of special guest presentations over the next three weeks about cosmology, or the science of the origin and development of the universe. 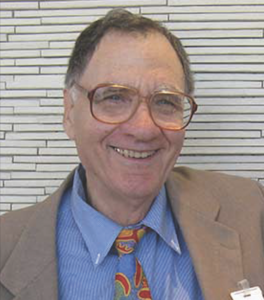 Dr. Philip Deutchman, an emeritus professor of physics from the University of Idaho, where he taught for 34 years, will lead three separate presentations on cosmology on Thursdays, March 12, 19 and 26. All three presentations are free, open to the public and will begin at 6 p.m.

“The analogy I like to use is like actors on a stage,” Deutchman said. “The actors that we see around us are the planets, stars, galaxies. Astrophysicists study that. Cosmologists study the background — what is the universe itself doing? This comes from Einstein’s theory of relativity where the background space itself can shift and change.”

Deutchman’s first presentation on March 12 is titled “Einstein’s Theory of Relativity” and will focus on the seminal work Einstein did to change the way we look at the universe.

The March 19 presentation, “Edwin Hubble’s Observations of an Expanding Universe,” will focus on the groundbreaking astronomer’s work.

“He had the first evidence that the universe was expanding and stretching out,” Deutchman said.

The three-part series concludes on March 26 with “Discovery of the Cosmic Microwave Background,” an area Deutchman said is not often heard about.

“This is light that is below the visible spectrum in the microwave region,” he said. “It’s been stretched out by the expanding universe.”

Deutchman said the Powerpoint presentations are spread out over three weeks to give attendees the chance to digest the information — a process he called “susceptibility shots.”

“You don’t get it right away, but it stays with you and then starts sinking in,” he said.

Overall, Deutchman said the point of the presentations is to share cosmology with interested parties in a fun, casual atmosphere.

“I always try to make things fun, for myself as well as the audience,” Deutchman said. “I’m also giving a bit of history, which is an approach that works with people understanding physics. We’ll talk about characters in astronomy and hear some of the stories that we hear as physicists — the so-called ‘legends of physics.’”

For more information about the presentations, visit ebonnerlibrary.org.