Nothing says a good, spring day on the lake quite like soaking up warm sunshine and catching a glimpse of a rainbow — a rainbow trout, that is.

The Lake Pend Oreille Idaho Club is serving up its annual cash incentives to hit the water as it hosts the 49th annual Spring Derby, starting Saturday, April 24 through Sunday, May 2.

Barb Gillespie — a longtime LPOIC member who now serves on the board of directors and manages the club’s newsletter with her husband, Dave — said that she looks forward to the Spring Derby each year because “it is a sign of the end of winter, and being cooped up.” 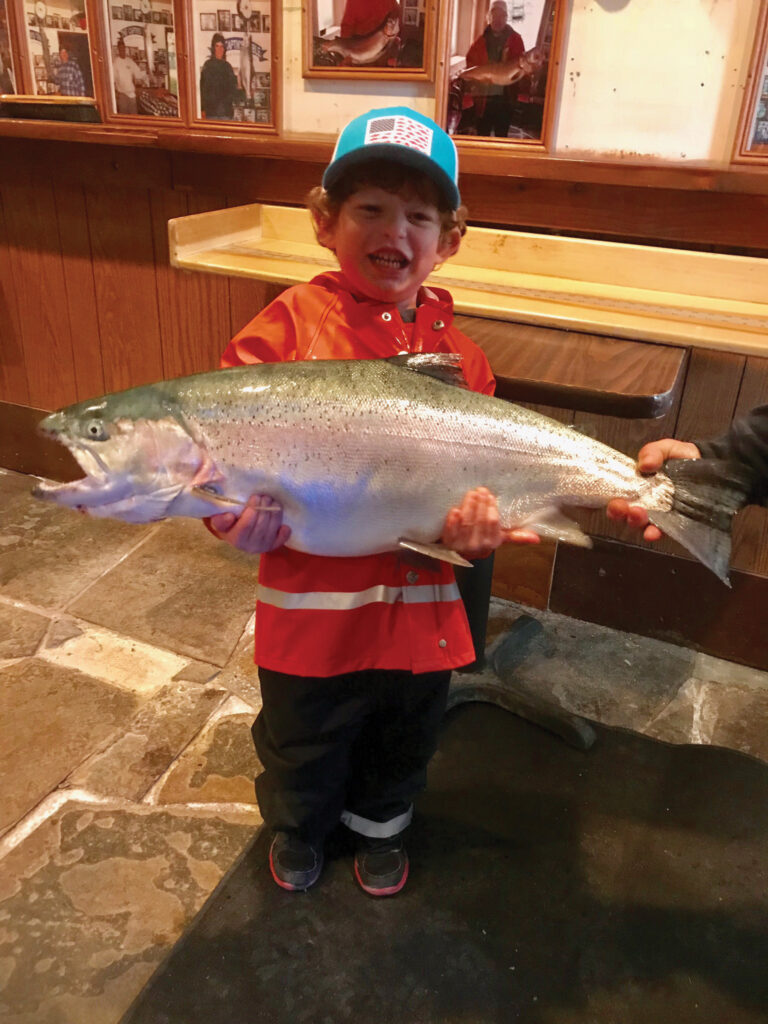 “The local snow has melted. Flowers are starting to bloom and everything is starting over,” she continued. “The fishing season is starting anew, also, and that is a good thing for people that love being on the water and having fun with family and friends.”

It’s also a good thing for people itching to catch a fish fit for champions, seeing as the Spring Derby is boasting more than $22,750 in cash and prizes. The derby has divisions for adults as well as for younger folks: junior (13-20 years old) and youth (0-12). As for tickets, adults must pay $50 to enter, juniors $10 and youth can participate for free, though they still have to preregister.

Anglers can earn cash for catching both Gerrard rainbows — the gargantuan trout for which Lake Pend Oreille is known — as well as for catching mackinaw. Top prizes for each type of fish are $4,000 and $1,200, respectively.

Weighmasters will be located at the Garfield Bay public dock, Holiday Shores Marina in Hope, and at MacDonald’s Hudson Bay Resort in Bayview.

LPOIC will also continue promoting catch-and-release practices in the Rainbow Division as part of an ongoing effort to keep the big, unique fish in the lake.

“Adult Rainbow Division anglers who safely return their fish back into the lake and finish in the top five places will receive a $500 release bonus,” derby rules read. “The released rainbow must swim from the weigh bag on its own without assistance from the angler.”

The catch-and-release incentive is part of the club’s mission to “protect and enhance Lake Pend Oreille.” Current efforts to keep big rainbows alive and catch as many mackinaw as possible is part of a larger scheme to help restore prey-predator balances in the lake — particularly, to help the kokanee population recover.

“Fish and Game and the anglers of [Lake Pend Oreille] have worked hard for many years to get the kokanee back in the lake,” Gillespie said, adding later: “If it means that we as a club have to change how we conduct our derbies and ceremonies, then that is what we are willing to do.”

LPOIC is putting a pause on traditional ceremonies for now due to the COVID-19 pandemic, but Gillespie said she hopes they can get back to hosting end-of-derby celebrations later in the year. For now, all winnings, trophies and prizes will be mailed to the triumphant anglers.

Regardless, the promotion of catch-and-release practices means there may be fewer monster rainbows shown off when ceremonies are brought back, but Gillespie said that’s OK with the club.

“We would rather have the fishery healthy,” she said, “with nice, healthy, big rainbows.”

Find a complete list of rules and ticket outlets for the Spring Derby on the Lake Pend Oreille Idaho Club Facebook page at facebook.com/lpoic. Learn more about the club at lpoic.org.