A redo, and a radical reclamation

Taylor Swift is re-recording her first six albums, becoming the latest artist to take a stand against record label norms

Taylor Swift shocked fans with two unannounced albums in 2020, but ended the year with an even bigger surprise: she’s begun re-recording all of her albums from before 2019, the first of which — Fearless (Taylor’s Version) — will be released in early April. 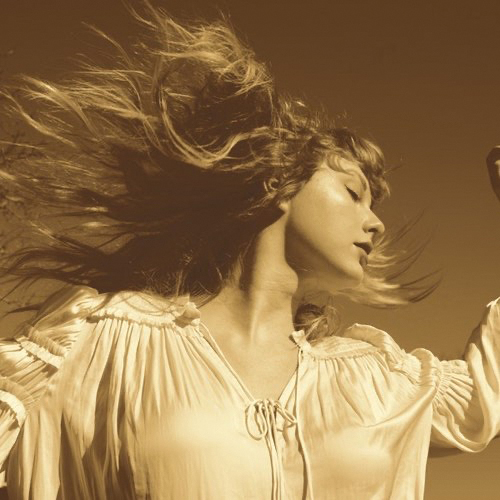 “This process has been more fulfilling and emotional than I could’ve imagined and has made me even more determined to re-record all of my music,” Swift wrote on social media Feb. 11, also announcing that “Love Story (Taylor’s Version),” the first re-recorded track off the album, would drop at midnight. “I hope you’ll like this first outing as much as I liked traveling back in time to recreate it.”

To understand Swift’s latest musical endeavor is to understand the ins and outs of record label politics, specifically the concept of a master recording: the version of a song recorded in the studio, from which every copy — whether it be on streaming platforms, in television shows or simply sold on a CD — is made. Under traditional contracts, artists typically agree to be paid an advance for their work, while the label maintains control of the actual art.

When Swift signed with Big Machine Records in 2004, she agreed that the label would own the masters for her first six albums in exchange for a cash advance. When Big Machine sold to Ithaca Holdings in June 2019, those six albums — Taylor Swift (2006), Fearless (2008), Speak Now (2010), Red (2012), 1989 (2014) and Reputation (2017) — landed in the hands of entertainment businessman Scooter Braun. Despite several attempts to purchase her masters from Big Machine, Swift claims she was unable to secure a deal and found out about her music’s new ownership when the sale went public.

Swift is with a new label and owns all of the rights to her albums since Reputation; but, still, the repercussions of the Big Machine ownership change rattled the artist to her professional and personal cores. She called the sale her “worst case scenario,” and Braun an “incessant, manipulative bully.”

Braun served as Kanye West’s manager in 2016 when the rapper released the song “Famous,” a track featuring the lyrics: “I feel like me and Taylor might still have sex / Why? I made that bitch famous.”

This all stems from a 2009 award show mishap in which West stole the mic out of Swift’s hand during her acceptance speech, launching a feud too complex to fit into this article. All you need to know? Braun and Swift don’t see eye to eye, and he’s the last person she’d want in control of her legacy.

So, Swift has decided to re-record her first six albums in an attempt to make Braun’s versions obsolete and regain control of her intellectual property, with each album and track aptly labeled “Taylor’s Version.” Though other artists have had similar problems with ownership of their work, this particular method has never been attempted before. Stevie Wonder paved the way for such radical change in 1971, gaining ownership of his masters with Motown Records. Beyonce, U2, Metallica and Rihanna are also among the elite group.

Those anticipating the release of Fearless on April 9 — which will feature six unreleased tracks — are wondering how those beloved songs of their adolescence might sound redone. Will there still be an innocent little voice warble on the bridge in “Fifteen”? Will the stacco strings on “You Belong With Me” evoke the same feelings of relief in those who heard it for the first time in 2008, finally understood as Swift sang of unrequited love between a nerd girl and her jock best friend? Probably not, but Fearless (Taylor’s Version) is not meant to be a carbon copy of the youthful original.

Sure, the heart of the songs will remain, but as can be heard on “Love Story (Taylor’s Version),” these re-recordings are tributes to Old Taylor, an actual persona that the star herself declared “dead” on 2017 track “Look What You Made Me Do”: “I’m sorry, the old Taylor can’t come to the phone right now / Why? Oh, ‘cause she’s dead.”

As the Atlantic observed, Swift “misses” Old Taylor, too, and these re-recordings are a “love letter” to the Fearless era: When a young country singer, not yet in her 20s, had the audacity to rewrite Shakespeare, sing of devastating heartbreak in high school hallways and put words to leaving behind love and life in a small town that turned out to be too small as she launched into a level of generation-defining stardom no one could have predicted.

Now, in her 30s and able to look back on her naivete with affection, Swift is prepared to redefine what it means to own one’s art. New Taylor will raise Old Taylor from the dead with the kind of gentle assuredness Swift does all things, and the fans will weep — myself included.